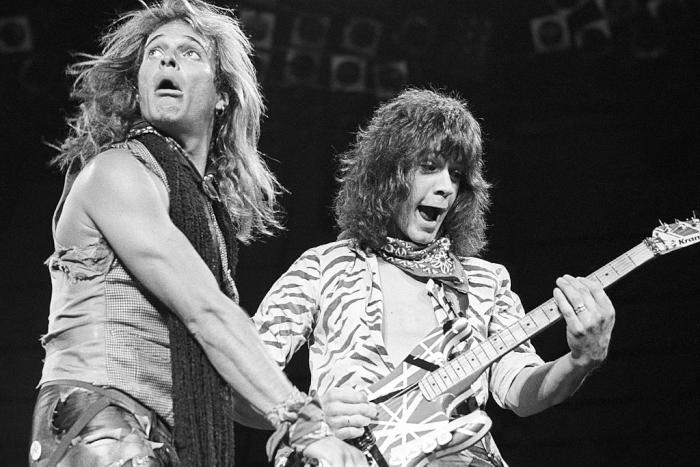 You've Never Heard Van Halen's 'Jump' Sound Quite Like This (And That's a Shame?!)

It’s no secret that I love me a bit of the ol’ Van Halen. Eddie himself (RIP) is one of my all time favourite guitarists and biggest influences on the instrument (though my own shredding ‘skills’ are not even in the same galaxy as even the sloppiest stuff he ever did). And Van Halen the band—or at least its early Roth years—rank pretty damn high in my estimations of musical artists from that very strange and aberrant era that was the late twentieth century (the likes of which will in not too long seem truly a blip in the history of our species).

Van Halen rocks, in other words. And Van Halen rock. And—even though it’s not exactly representative of the type of material I enjoy most from the band — their 1984 hit single, ‘Jump’, rocks too. Rocks about as hard as a major key bouncy castle of synth and bubble gum can, as a matter of fact. Deceptively dark lyrics aside, ‘Jump’ is such an interesting song for a band which so often—especially in those early days—stalked through much darker, sleazier, more dangerous territory. Which is why when I saw the YouTube title basically saying ‘What if Van Halen’s Jump was in the minor key’ pop up earlier at me, my finger flew to the ‘play’ button faster than Eddie’s fretting digits.

There is an abundance of ‘what if X song was in the minor/major key’ videos floating around the internet, but this is the one that has made the single biggest impact on me to date. I absolutely love this thing. Interestingly it sounds like it could have plausibly been written this way originally, while still obviously completely reframing the whole feel of the tune—especially, in this case, the balance between the verse and that chorus, which in the original explodes into an almost bittersweet euphoria but here goes on a completely different journey. Check it out: