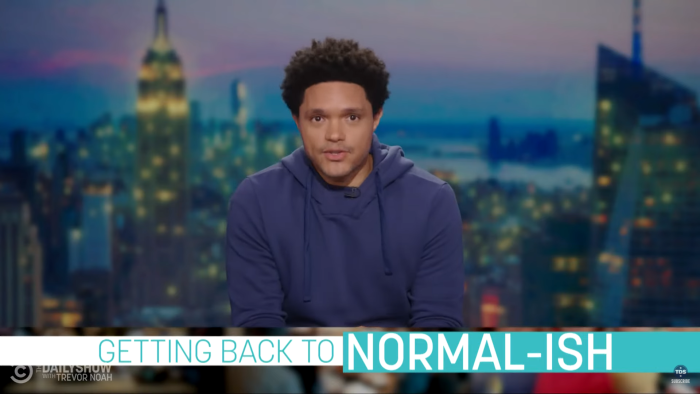 I’m a writer and performer, so I’ve worked in customer service for most of my life. That’s just the way it is. Customer service jobs usually allow the kind of scheduling freedom to write, audition, and cry as I contemplate my future. They can also be a haven for abuse by both customers and employers. You’re often treated like you can’t just go and get a job elsewhere. It’s referred to as “unskilled labor,” and people will treat it as such. Now, people are quitting these jobs and others. The reasons range from poor working conditions to having an “Office Space” moment, and Trevor Noah covered them all on The Daily Show.

What struck me the most about this piece, right off the bat, is that detractors can no longer blame Pandemic Unemployment Insurance as a contributing factor. There is still a pandemic, but the unemployment money is gone. There was a time where every hothead with nice clothes and a camera to look into would tell you that PUI was ruining America! I would argue that it kept people home and safe.

As for why people are quitting their jobs now? The reasons range from poor working conditions to having an “Office Space” moment. Some people are realizing that money isn’t the most important thing in the world. The nerve! Don’t they understand that capitalism is king? This is America! As they say on CNBC, “Get Yours!” OK, I’m not Stacey Keach, but you get the point. As a country, for decades, people have prioritized wealth. Now that that has changed, companies are losing their minds.

Trevor Noah notes in the story that companies are encouraging … breaks. They’re allowing people to work from home and putting their health and mental well-being first! What is happening!? This isn’t the America I know! It’s … so much better.

← OK, Not Every NFL Coach is a Total Garbage Person | You've Never Heard Van Halen's 'Jump' Sound Quite Like This →