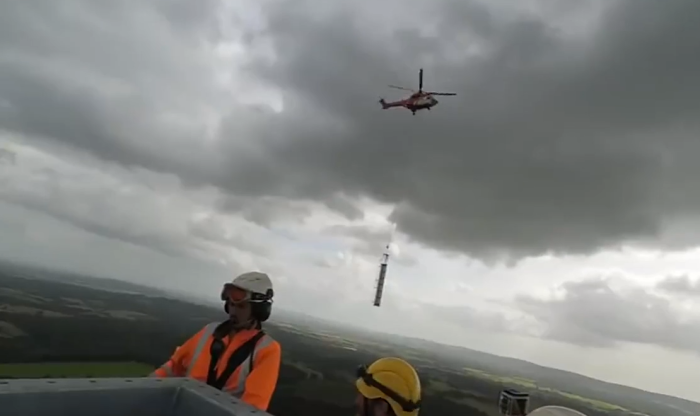 No Big Deal, Just Some Workers Mounting a Two-Ton Antenna On Top of a Tall Tower

I’m sure I’ve said before how I have a morbid fascination with risky things happening at extreme heights and a crazy admiration for people who work at those heights. I have a fear of heights that is ameliorated greatly by a good grip situation, but nevertheless, when I watch a video of someone else all the way up there, I get a rush that is equal parts terror, thrill, and awe. When you’re that high everything is just so…heightened(!) Everything teeters on a knife edge. Even if you have a harness, really. To wit, look at these lot, just casually attaching a two-ton mast onto the top of a brain-jitterningly vertiginous tower, that’s being flown in by a chopper, all the while making it all look so damn easy, while most people in the same situation would look at least as bad as Papa John:

I hope the wages are good, lads.

← This Week on Podjiba: 'Watchmen', 'The Good Place', and Format-Breaking Episodes! | Review: 'Knives Out' Is The Best Whodunnit Of The Decade →