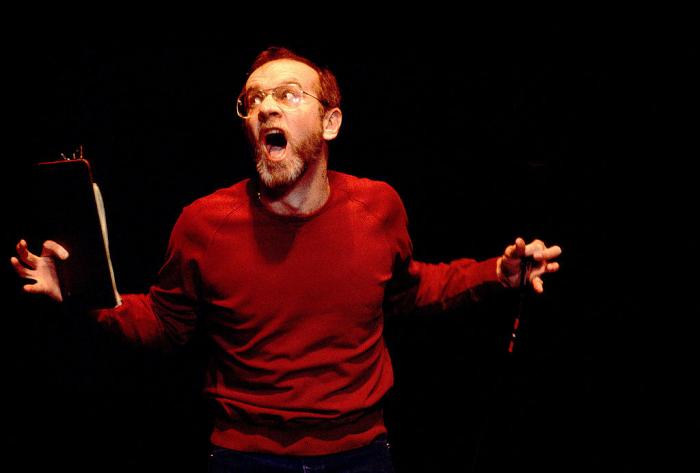 Fun fact: It was George Carlin’s birthday yesterday. Not so fun fact: I did stand-up comedy for a few years. Well, did is a strong word. I tried to do it. Not very well. I started out painfully bad, and eventually dragged myself up to what was beginning to look like it could might one day breach the lofty levels of ‘mediocre’, but just as that happened I decided to say ‘fu*k it’ and moved on to something else (in this case a band, but that’s another story). I didn’t realise it at the time, but with my abandonment of the practice of stand-up I also lost my appetite for watching it. In fact, I actively turned against it. Where once I consumed it rabidly, I suddenly found it almost hateful. That probably had something to do with the burning failure wreckage that I was just emerging from, but even now over a decade later I find it impossible to enjoy stand-up. Or at least I should say: Any stand-up that I don’t already know and love. If it isn’t, like, Dress To Kill, Relentless, Word of Mouth, or Pryor or Carlin, then there’s a huge barrier of entry as far as I’m concerned. For a number of reasons, I find it a medium that I do not care for much anymore. Of those few I do enjoy, it is definitely Carlin who I can go back and watch the most. I still consider his 1992 special Jammin’ In New York to be probably the best bit of stand-up comedy I’ve ever seen. Carlin’s been in the news cycle recently because of the documentary on him that’s just about to hit HBO Max. And that’s cool. But we should also remember that the great man once narrated the American version of Thomas the Tank Engine. We should also also remember that someone recently had the genius idea of splicing his work on that show with his more—let’s say Carlin-esque—material. Because it’s absolutely hilarious. You know what they say: Get yourself a guy who can do both. Carlin can:

← 'Better Call Saul' Episode 5 Recap: Leon Spinks | In 21 Seasons, Has There Ever Been a More Laughable Episode of 'Law & Order'? →