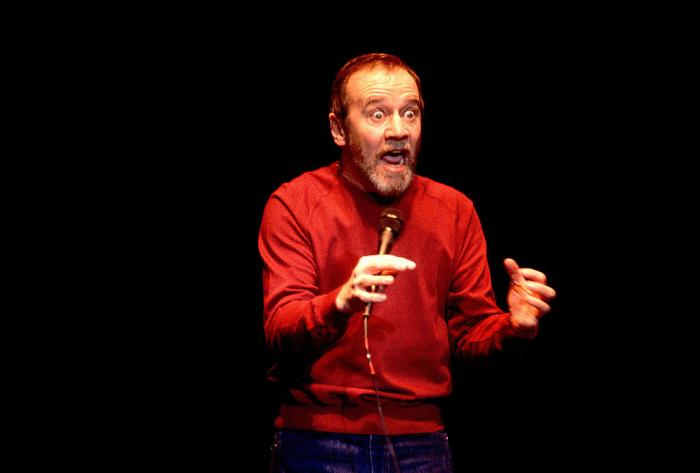 George Carlin. Holy s**t, was that dude the real deal. One day I’m gonna get tired of saying it over and over again. Probably. Maybe. Probably not. But can you blame me? If you want pioneering, truth-telling, mind-expanding, boundary-pushing, powerful-eviscerating, absolutely hilarious comedy, it really doesn’t get much better than the man from New York who started out a clown and became a fearless and righteous truth-teller.

Carlin died in the summer of 2008. It’s been over ten years since we lost him. Can you believe that? He kept performing stand up right up until the very end—his last HBO special airing a few months before he passed away—but he had gotten extremely bitter and nakedly misanthropic and less and less laugh out loud funny as he approached his final years. Just like Black Sabbath and others of their ilk stripped away the last vestiges of groove from the blues rock that came before and turned it into something darker, harder, bleaker, and heavier (sorry, Bill Ward, you know you groove like a motherfu**er, but I need you for this analogy), so too did Carlin shed much of his joie de vivre as he went on. He was still insightful as hell and as sharp as ever, but all the decades of documenting the hypocrisies and cruelties of the American empire from its very heart had gotten to him by the turn of the millennium—and who can blame him, really.

Carlin was born in 1937, which means his life pretty much ran parallel to the rise of that empire and its ruthless domination of the 20th century. He was in quite a unique position to age alongside it and to refract different elements of it through the lens of his searing comedy. It also means that he predates the Baby Boomers by a few years. Generation demarcations are nebulous at the best of times, but picturing Carlin as a kind of harder-edged, street-smart older brother to the pampered and well-off Boomers makes sense when you assess the broad spectrum of his comedy career and how he always saw straight through the bulls**t all around him, even when that bulls**t was designed to make him and others like him comfortable at the expense of everyone else.

I’ve written before about how the popular narrative being pushed right now—of a generational war between Boomers and Millennials—is a little bit of a reductive flattening that distracts from the bigger picture of the elites versus everyone else, but nevertheless, the rise of anti-Boomer sentiment—with phrases like the caustically dismissive ‘Ok, Boomer’ becoming memes—is in some ways a useful shorthand for the kind of structural, class-based critique that underpins it. So here’s George Carlin, addressing the issue way back in 1996 on his ninth HBO special, Back in Town—because much like ‘The Simpsons did it’, you can almost always find a Carlin clip from way back when describing some societal malaise that is peaking right now: