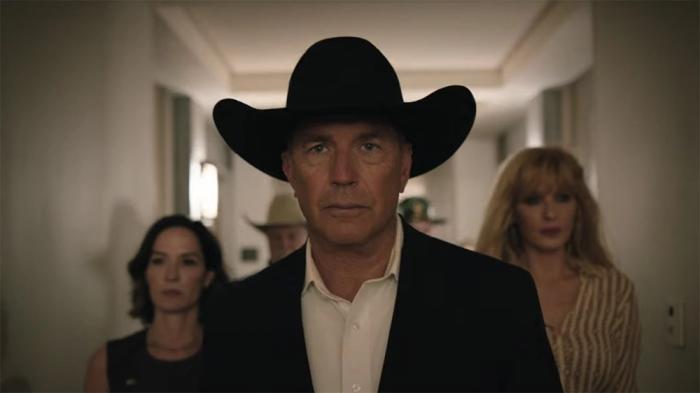 With 'Yellowstone,' the Critics Are Finally Catching Up to Audiences

Over the course of four seasons, Yellowstone has evolved from that super popular show that no one pays attention to and into that super popular show that everyone is suddenly paying attention to because no one was paying attention to it before. This pointless 15-second teaser that reveals nothing has been posted to the AV Club, Vulture, Collider, and IndieWire, among others, which is to say: The uncool red-state show is now the cool uncool red-state show. I mean, what does it say about Yellowstone — other than the fact that Paramount and MTV are owned by the same company — that this teaser aired first during the MTV Music Awards?

I can’t really think of a comparable show. Grey’s Anatomy and The Walking Dead were once huge shows that everyone talked about, and now they’re still relatively popular shows that no one talks about, except for all of us that continue to talk about them. But no one thinks they’re cool. Maybe, say, Criminal Minds? Once a popular CBS procedural that no one talked about, it now has enough critical clout to be considered kind of cool. Or maybe we just all love Paget Brewster. Maybe SVU crossed over into this territory sometime around the 18th or 19th season, too.

All of which is to say: Yellowstone is essentially a fan-driven series that the critical community is bandwagoning, which I think is interesting. It’s worth noting that we’ve been here all along, even when no one cared!

Now if someone could just tell me — a person who has watched all four seasons — what exactly “all” that will be revealed is? I don’t recall waiting for any big revelations. Does “all” include the origins of that hole on the superior, sci-fi Yellowstone, Outer Range?

The 14-episode fifth season of Yellowstone debuts with a two-hour premiere on November 13th. If you have a hankering to catch up on it, the Paramount Network is marathoning the first four seasons this weekend.