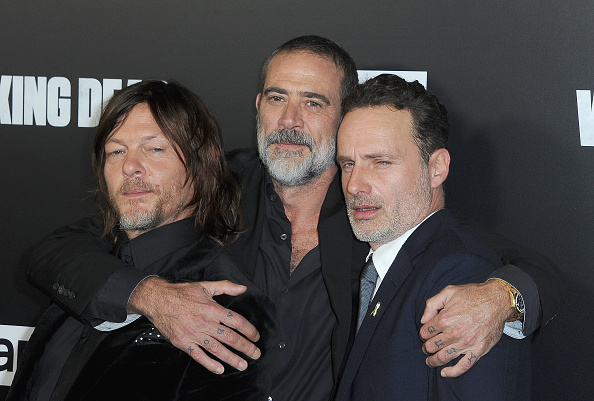 Except for one post-credits scene that, honestly, had nothing to do with the rest of the series itself. The four-minute post-credit scene establishes a new zombie variant that is basically a supercharged zombie, more like the type that can be seen on the Netflix zombie series Black Summer. It’s a faster, stronger, smarter zombie.

Though the new zombie variant isn’t part of Robert Kirkman’s source material, it will nevertheless make an appearance in the final episodes of The Walking Dead, which ends its 11-season run in the fall. They are “walkers that can climb walls and open doors,” as Aaron suggests in the trailer for the final eight episodes.

It’s this zombie variant that originated in France that will also be the focus of the Daryl spinoff. Somehow, Daryl is going to relocate from The Commonwealth in Ohio to France.

“Daryl is a fish out of water to start with,” Scott Gimple said of the spin-off. “If Daryl finds himself with new people, he’s a fish out of water. In France, in a country that’s going through the apocalypse, [it’s] an entirely different thing. He finds himself having to reinvent himself again, having to find himself again, and also, not being with—probably—the only people in the world he’s comfortable with.”

I have no idea how Daryl will get to France, but my guess is that the intention behind his trans-Atlantic move will be to find Rick Grimes and Michonne, and that the Daryl spin-off will converge with the Rick-and-Michonne spin-off, which is probably set in France because it’s where Andrew Lincoln would prefer to be (he quit The Walking Dead in the ninth season so that he could be closer to his UK home). Moreover, I wouldn’t be surprised to see this new zombie variant in the Maggie and Negan spin-off set in New York City, either. It’s wild that they are ending The Walking Dead and yet bringing back all the most famous characters for their own spin-offs. I’m sure it has nothing to do with the fact that it’s cheaper to produce a show in its first season than a show in its 12th, otherwise The Walking Dead could do what it always does: Center on different characters in each episode.

I do wonder why Daryl is holding a gun in the promo for his spin-off. Could he not transport his bow-and-arrow across the ocean?

Meanwhile, I suspect that we may also see the new variant make an appearance in Tales of The Walking Dead, the anthology spin-off that premieres this weekend on AMC+.