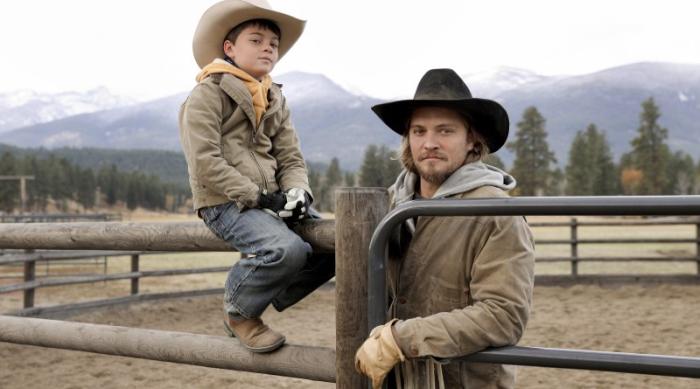 We are barrelling now toward the second season finale of Paramount TV’s Yellowstone next week, and as happened in season one of the series, everything is going hell as we near the season-ender. There’s been an inordinate amount of soap-style drama in the last few episodes, but to the credit of showrunner Taylor Sheridan, the second season hasn’t yet gone off the rails in the way the first season did.

That said, Yellowstone has gotten away from what the series seemingly set out to be: A quiet, slow-moving drama about a family trying to hang on to a Montana ranch while the rest of the world passed them by. Yellowstone is not that show anymore. Now it’s a series about a coveted ranch that everyone wants and is willing to kill for it. Literal murder. For land. In Montana. I honestly don’t know a lot about Montana, but it seems to me that “land” is not a resource that is scarce in the state. There are literally 7 people per square mile in Montana — there are five people living in my house — and yet there are three entities in Yellowstone willing to go to battle to take down the Dutton Ranch essentially so that they can build a casino. There are already ten casinos in Montana, a state with a population of 500,000. Maybe someone should’ve commissioned a study to ensure that the state could sustain another before people started killing each other and kidnapping kids for land in a state where there is 93,000 acres of undeveloped land for sale, and we’re not exactly talking Bay area prices here.

In any respect, in the season’s penultimate episode, Monica — a Native American character played by Kelsey Chow (who is not Native American) — decides to go shopping at an upscale shop, where the stuck-up white-lady shop owner believes — by virtue of the fact that she’s a Native American (played by a Chinese-American woman) — Monica is shoplifting. She calls the cops, and the cops strip search Monica, which is seriously not cool. She calls Beth Dutton, who swings by the shop, throws her weight around, kicks out the cops, and starts destroying sh*t in the shop, which doesn’t really do anything to serve the storyline, but it’s fun to see the white-lady shop owner get her comeuppance. Beth does tell Monica after the incident, “You’re too good for this place, and for this family. Next time you leave, you take Kayce with you. He’s too good for it as well.”

It also keeps Monica away from the ranch for a few hours, which will be important here in a minute. In the meantime, Jimmy is notified by the cops that his grandfather was assaulted and died. Jimmy, of course, was indebted to some meth dealers who had threatened to kill his grandfather if he didn’t pay up. Jimmy loses it over the unfairness of the murder because he did pay up with interest in the form of a really fancy belt buckle Jimmy won for staying on a bull for longer than eight seconds. The rancher storylines have fallen into something of a predictable pattern: Someone slights one of the ranchers, and the rest of the ranchers beat the sh*t out of and/or kill the person responsible. In this case, Rip and the Gang go to the meth dude’s trailer and blow it up, but not before Jimmy gets his belt buckle back by sneaking into the trailer while gas was leaking inside of it because Jimmy is a world-class dumbass, but a strangely lovable one.

Elsewhere, Jamie — the troubled lawyer-turned-rancher son played by Wes Bentley (“So. Much. Beauty”) — gets a call from his ex-girlfriend, Christina, who asks to meet him for coffee. She immediately accuses Jamie correctly of killing a reporter who was about to write an expose on John Dutton based on Jamie’s intel. Jamie lies and denies his involvement, but no one believes him, least of all Christina, who also informs Jamie that’s she’s pregnant. Christina then tells Jamie that he’s gotta try harder if he expects to be a part of his child’s life, which is a big ask from a guy who was holding a shotgun to his mouth two episodes ago.

Finally, when Monica returns from the shop, she discovers that her and Kayce’s son, Tate, is gone. The whole ranch goes bonkers looking for him. Eventually, John finds tire tracks, which Kayce follows until they find Tate’s boot. Tate’s probably not dead, because killing a kid would be a bridge too far even for Yellowstone, but he’s almost certainly been kidnapped by the Becks, who said last week that they’d go after someone John Dutton loves. Let’s just hope the Becks don’t take Tate anywhere in their plane, because Kayce and Rip dropped what appeared to be an explosive device in the fuel tank in the episode’s opening. It would be poetic justice, but for the fact there’s no poetry in the death of a child. All Tate wanted to do was feed his horse, Lucky. I don’t know how Monica stays after this, whether Tate survives or not.

“It’s the one constant in life. You build something worth having, someone’s going to try to take it,” John tells Kayce, recontextualizing the premise of the series. I just have a hard time believing a ranch is worth all of the blood that’s been spilled this season.