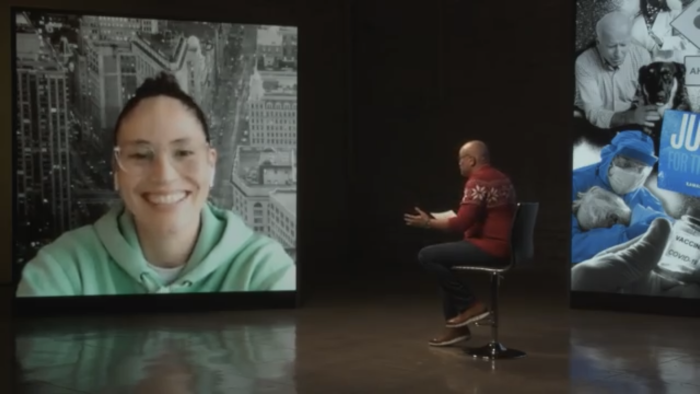 Sue Bird is a badass. A multi-time WNBA Champion and Olympic Gold Medalist AND outspoken activist and ally. She was a huge proponent of the WNBA promoting the Black Lives Matter movement. Now, she’s helping in the attempt to unseat Kelly Loeffler in the Georgia run-off election.

Appearing on the newest episode of Wilmore, Bird made it clear why she supports both the BLM movement and Loeffler’s opponent Raphael Warnock. Loeffler is a co-owner of the Atlanta Dream and yet Bird and other players once wore “Vote Warnock” shirts. She’s literally wearing her convictions on her sleeves. Consequences be damned.

The interview was fantastic to watch. Larry Wilmore was clearly captivated by the impressive athlete and so was I. She speaks about certain issues in such a way that should be understandable to anyone. It’s really refreshing and straightforward.

The fact of the matter is that activism efforts by WNBA players have not gotten enough attention. So I was happy to see her interviewed on Larry’s show to begin with. More attention should be paid to these women who are standing up for what’s right in a very public way. It’s inspiring, just like Bird herself and we, as a species, should be surrounded by it.