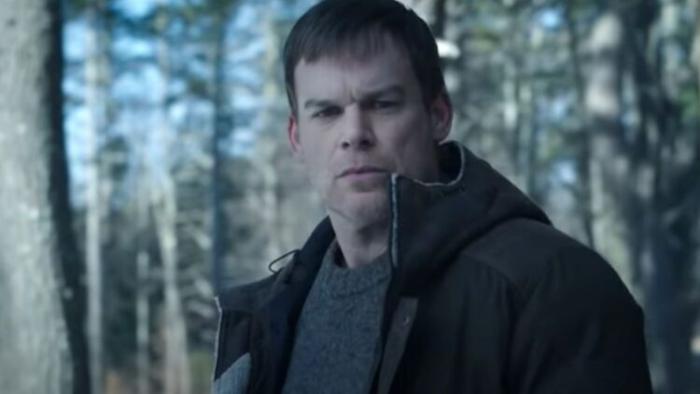 Spoilers for the season finale

Shot through the heart. Dexter: New Blood ended exactly as it should have. Exactly as we predicted last week: Surprising but inevitable. Satisfying.

The reality of the situation became clear in last week’s episode, after Dexter confessed to who he is to his son, Harrison, and shared with him Harry’s Code. Harrison bought into The Code — found relief in it — but recognized that, for all his talk of The Code, Dexter didn’t follow it himself. It wasn’t about using those dark urges to save innocent people by killing serial killers. For Dexter, it was about the kill. The Code was a rationalization.

Killing Matt was not part of The Code. Nor was killing LaGuerta. Or Logan. Or any of the others he murdered, not because they were evil, but because they endangered his survival. Deb and Rita were collateral damage.

“You don’t really care about saving anyone, do you?” Harrison said to Dexter in their last stand-off before son kills father. “You’re just feeding this dark passenger. It’s not even about the passenger. You’re f**king driving. And you like it.”

Harrison gave him an out. Told him he had to turn himself in, and that’s when I briefly threw my hands in the air. “No! Don’t you chicken-sh*t your way out of this, Showtime!” I thought. Angela correctly identified him as the Bay Harbor Butcher (and they never did resolve the Ketamine continuity error). Batista was on his way. Dexter Morgan couldn’t change his identity again and move to Los Angeles, because this time, he wasn’t presumed dead. He’d be a fugitive. A serial killer fugitive. A season called Dexter: On the Lam does not sound particularly appealing.

Dexter showed Harrison where to shoot — through the heart — and Harrison killed him because he had to. And Dexter let him because he knew it was the only way out for both of them. There was relief in it.

Angela came upon the scene. She told Harrison to run. She wiped the gun of its fingerprints. She will probably tell authorities that she shot him. Harrison got away clean.

There is no doubt that Dexter is dead. Showrunner Clyde Phillips confirmed it. There will be questions in the coming days about whether Showtime will greenlight another season. There are rumors that an announcement will be made on Monday.

Hey #Dexter fans - I’m gonna have an EXCITING #DexterNewBlood announcement to share early Monday morning. I can’t wait to share with all of ya! pic.twitter.com/MOjsOeM5ZU

Phillips, however, says that Showtime has not yet made a decision, but that he would be open to returning to the series with Harrison in the lead and Dexter, potentially, as his Dark Passenger.

It’s not going to happen. Or at least, it shouldn’t. This is the closure that Dexter needed, and while Jack Alcott is a great Harrison, I’m not sure that Harrison would be a compelling every-week serial killer. Plus, I cannot see Michael C. Hall returning for another season, especially in a supporting role. All season long, Michael C. Hall looked like Harrison Ford in The Force Awakens, like someone who was giddy to return because he’d never have to do it again, because he knew this was the end. He could finally put that part of his career to bed. The show got the ending it should have the first time around when Deb should have killed Dexter.

Dexter is done, and most importantly, the series has wiped away the memory of that eighth season, of Lumberjack Dexter. Showtime gave them a do-over, and they made good on it. That should be the end of it, not that Showtime doesn’t love to bleed its assets dry. Maybe Harrison will move to Chicago and befriend a guy named Lip Gallagher, and Showtime will be able to run two shows even further into the ground at once!

Now, if they want to make a spin-off set in the same universe about a small-town Sheriff in upstate New York, who is not particularly good at her job but is fun to watch, centered on Angela, well, maybe I could get into that.