Will There Be a ‘Mindhunter’ Spinoff? Well, Pajiba Has a 'Dexter'-Related Theory

SPOILERS PAST THIS POINT

Well, what happened with Tench’s son was pretty fucked up, right? Ciara wrote in her review for us that the second season of Mindhunter hurt our feelings in all the right ways, and Dustin followed it up with a piece specifically about the Atlanta Child Murders, if you hadn’t read that yet. Neither of them particularly covered the storyline involving Tench’s son Brian, who has always been quiet and withdrawn and who in this season was involved in a situation that horrifies Bill and nearly shatters his wife Nancy. Brian lets two older boys into a house that Nancy is listing, and he watches as those two older boys accidentally kill a toddler, and he instructs them to lay the boy as if he were on a cross, because he thought—after attending church with his parents—that such an action would bring the boy back to life.

It’s a moment of profound trauma that not only reverts Brian—he starts wetting the bed again—but that calls into question the whole idea of nature vs. nurture. What did Brian go through before being adopted by the Tenches? What terrible things did he experience before, that perhaps he hasn’t let go of? What would cause him to keep the child’s death to himself? All of these questions are weighty and complex, and they weigh on Bill throughout the season. Nancy wants to believe that Brian doing one wrong thing does not make him a bad person, but from his work interviewing serial killers for the FBI, Bill isn’t so sure. What if Brian is already the person he is going to be, and that person is someone who can stand by and watch someone die?

This is all dark shit, and I apologize, because I’m going to pivot in a whole other direction. Because there is one thing I kept thinking of whenever a Brian scene showed up during this season of Mindhunter:

So, is this series going to end up being a Dexter prequel, or what?

Because you guys REMEMBER who the Ice Truck Killer ends up being in the first season of Dexter, right? It’s Dexter’s brother Brian—ahem!—who also experienced a profound trauma alongside Dexter at a young age—ahem!—and who is placed with foster parents who never quite understand him—ahem!—and who ends up being, in fact, a bad person. No, the Ice Truck Killer didn’t put his victims in the shape of a cross (I wonder, in fact, if this real-life “crucifixion murder” of a child from the ’70s inspired the Mindhunter writers?), and of course, I’m just being a bit facetious here. Mindhunter and Dexter are both supremely heavy shows in different ways (and hopefully, the former won’t go the route of the latter in totally shitting the bed in later seasons), and I’m just sharing the fantasy spinoff scenario that made me laugh during Mindhunter’s even darker moments this season.

But come on! Look at this kid!

And look at this guy! 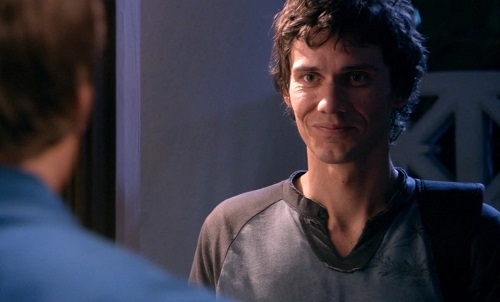 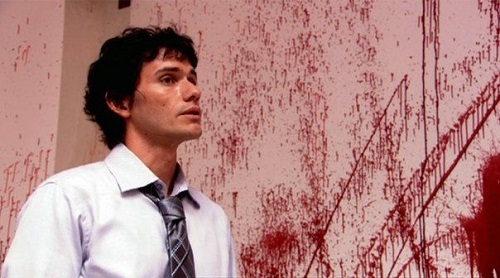 DON’T TELL ME THIS WASN’T INTENTIONAL. They’re both dark-haired and named Brian, dammit! How many more similarities do you need?

← Review: 'IT Chapter 2' Is an Interminably Long and Lackluster Sequel | Meghan McCain and Pamela Anderson Fight Over Julian Assange on 'The View' →