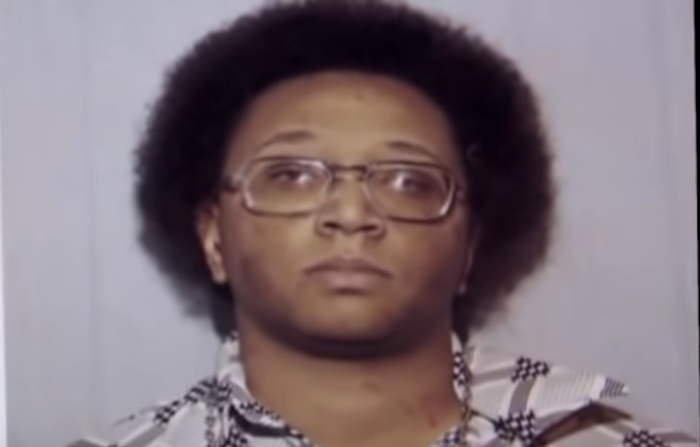 Like a lot of people who have finished season two of Netflix’s Mindhunter, I was immediately interested about the aftermath of Wayne Williams’ arrest, and why he was only convicted of 2 of the 29 Atlanta child murders. In fact, I spent part of my Labor Day weekend reading Jack Rosewood’s Child Killer: The True Story of the Atlanta Child Murders, which offers a fairly decent overview of the investigation, the arrest, and its aftermath.

I was pleasantly surprised with how accurate Mindhunter is as far as the investigation goes. In the first season, Holden Ford, Bill Tench, and Jim Barney — among others — are obviously inspired by real-life people (John E. Douglas, Robert Ressler, and Judson Ray, respectively), but in season two, they’re mostly composites of a lot of other people, in addition to their season one inspirations. It was accomplished by far more people, but most of what Ford, Tench, and Barney did in the Mindhunter investigation tracks with the real-life investigation (with some exception), including all the profiling specifics, how the race component figured into the investigation, and even that benefit where Frank Sinatra and Sammy Davis Jr. performed (I do not recall, however, whether Mindhunter mentioned that Wayne Williams’ father was actually the photographer during the real-world benefit). Even when Williams was pulled over on the bridge tracked with real-life events: Williams did, indeed, say, “I know this is about those boys” when police stopped him, and he did have a nylon cord in his trunk, and they let him go anyway in real-life, too, which still boggles my mind.

It also took another few weeks for the police to arrest him, and there was a media circus outside of his house that entire time. Williams, at times, seemed to invite the attention by, for instance, holding a press conference outside of his home in which reporters so desperate for coverage agreed not to photograph or videotape his face (that press conference was apparently a disaster; he was arrogant and after demanding an apology from the police, public opinion swiftly turned against him).

Because Mindhunter is mostly faithful to the real-life investigation, however, I was specifically interested in the events after his arrest, since it’s not covered in the series beyond telling us that Williams was only ever convicted of 2 of the Atlanta Child Murders (because Williams has never been forthcoming about his involvement, he’s unlikely to appear in future seasons). There is a reason Williams wasn’t officially convicted of the other murders, although I’m not sure if it qualifies as a good reason. Basically, the police believed that they had their man for the Atlanta Child Murders, and because he was convicted and sentenced to two life sentences for two of the murders, they didn’t feel it was necessary to put him on trial for all the others, although they did have enough evidence to convict him for at least 15 of the other murders.

The problem may have been that prosecutors didn’t have solid evidence for a few others — probably because Williams didn’t commit 3-5 of the killings — and the prosecution might have worried that failing to secure a conviction on one or two might have cast doubt on all the rest of the convictions. This was particularly problematic during the ’80s (and even the ’90s) because there were a number of conspiracy theories floating around suggesting that others were responsible for the Atlanta Child Murders, including the Ku Klux Klan and a “child pedophilia ring” operated by elite Black businessmen in Atlanta. The media — particularly Atlanta-based CNN, whose rise coincided with the Atlanta Child Murders — helped to play up those theories (sometimes recklessly). The theory that probably gained the most traction was that the KKK committed the murders and framed Wayne Williams, a theory put forward by SPIN magazine in an article based mostly on speculation and evidence that famed attorneys William Kunstler and Alan Dershowitz used in a failed attempt to secure Williams a new trial. In the years since, those theories have been thoroughly investigated and ruled out. However, murders that Williams almost certainly did not commit and are still attributed to him have not been thoroughly investigated. It’s clear that, in a few cases, someone or someones got away with murder. It is unfortunate that their families may never achieve the justice they seek because police had a convenient scapegoat in Williams.

The interrogation, arrest, and trial of Williams are nevertheless fascinating. Initially, the police and prosecution couldn’t get a search warrant, which was troubling because Williams and his father — according to neighbors — were destroying evidence. The cops, thus, used Williams’ narcissism against him, asking him to take a polygraph test, which he was happy to do. He failed it. Three times. That, plus the fact that Williams and his father were clearly destroying evidence, gave the police enough probable cause to secure a search warrant of Williams’ home, where they found carpet fibers that would be instrumental at trial. In fact, 19 carpet fibers from Williams’ house matched to 12 victims, and there was only a 1 in 7,792 chance that those fibers could have come from somewhere else (and an almost zero chance that it could have come from someone else who also fit the profile of a serial killer).

There was also an overwhelming amount of pattern evidence linking Williams to most of the murders: There was German Shepherd hair on some victims, the hair of Williams was on victims, and his blood was found on several other victims. Moreover, dozens of witnesses tied Williams to victims. One witness even saw Williams holding hands with one of the victims before he was murdered. There was also the fact that almost all of the victims matched a certain pattern: They were all Black, they were all of a slight build, and smaller than Williams. They were street kids and sex workers, they were almost all killed in one place and dumped elsewhere, and almost all of the victims were strangled and found nude (not necessarily for sexual reasons, but to remove evidence). Williams’ last few victims were adults instead of kids, but they were still smaller than Williams and Williams only resorted to killing adults because all of the media attention took away the availability of child victims (kids stopped going out after dark). Many believe those who did not fit Williams’ m.o., including two girls, were not victims of Williams but attributed to him for lack of any other evidence.

The carpet fibers gave police enough to arrest. Williams was held in a separate wing of the jail in isolation for six months because police worried that he would either try to take his own life or that other inmates would kill him. The trial moved quickly — most trials for serial killers do not happen within six months of an arrest. Williams, however, was unable to postpone the trial because he had a bad legal defense — they were mostly court-appointed attorneys with little or no experience trying murders (and Williams fired the most competent attorney among them because Williams is a narcissist and trusted his own opinion over that of his best lawyer). Williams and his legal team also did not ask for a change of venue, which was both surprising and not. On the one hand, potential jurors in Atlanta would have obviously been influenced by the saturated media coverage. On the other hand, Williams was far more likely to get Black jury members in Atlanta. In fact, his jury consisted of 8 Black jurors and 4 white jurors. His judge was a mixed blessing, too: Clarence Cooper was the first Black judge ever elected at the municipal level in Fulton County, but he was also a former prosecutor.

The trial itself was largely a slam dunk for the prosecution. There were mountains of evidence and witness testimony, while the defense entered very little evidence and very few people spoke on behalf of Williams. The only problem with the prosecution’s case is that they could not ascribe a convincing motive beyond what they got from profilers. According to Rosewood’s book, they argued that he had animus against his own race and that he acted out of sexual frustration (they argued that Williams was a repressed homosexual).

The kicker for the prosecution, however, was Williams’ decision to take the stand. He did well the first two days on the stand. He kept his composure and he was actually able to create a little doubt. On the third day, however, Williams completely blew it. He got testy, lost his temper, and called the prosecutor a “drop shot,” a word he also called some of his victims before he killed them, according to witnesses. He also got very defensive about allegations that he is gay. During that third day on the stand, Williams played right into the prosecution’s case.

The jury found him guilty after 11 hours of deliberations. He was sentenced to two life terms.

The case was hardly over, however. In the years following, Atlanta suffered economically because of the stain of the Atlanta Child Murders (and it apparently did not recover financially until the ‘96 Olympics). Meanwhile, while in prison, Williams developed a cult following of supporters and many believe he was set up as part of a racist conspiracy.

In fact, Williams nearly won a new trial on appeal. It was a 2-1 ruling against Williams, but one of the majority judges nearly sided with the dissenting judge, who argued that pattern murder evidence shouldn’t have been included in a trial for the two murders for which he was charged.

The Klan theory didn’t go away. A man named Charles S. Sanders was investigated, but he and his crew all passed polygraph tests, and during the initial investigation, Sanders and the other Klansmen with which he was associated were all being surveilled while six of the murders were committed. The Spin piece, nevertheless, theorized that 15 of the murders were committed by Sanders’ group. Another man named Larry Marshall — a career criminal and pimp who knew three of the victims — came under suspicion, but investigators ruled him out. In 2006, a sheriff tried to re-open the case and focus on the Klan theory, but he was later forced out of his job, and the speculation is because he used resources on what many believed was an unfounded theory. For what it’s worth, DNA evidence, not available at the time, has since linked hair from some of Williams’ victims to his German Shepherd.

Williams himself is doing well in prison, according to Jack Rosewood. Despite his small size, he’s managed to gain friends and a reputation in prison. In fact, at one point, Williams tried to get a new trial after threatening a witness — who was imprisoned after Williams’ conviction — to retract his original eyewitness testimony. The witness later stated that he retracted only because Williams made him. To this day, meanwhile, Williams maintains his innocence, and he’s convinced himself that he will be released one day.

Williams also apparently loves to give interviews and to stoke conspiracy theories. However, many years ago, Soledad O’Brien interviewed Williams in prison, and while it’s not in this clip (I don’t even know if it made it to air), at one point during the interview, Williams threatened O’Brien, according to Rosewood’s book.