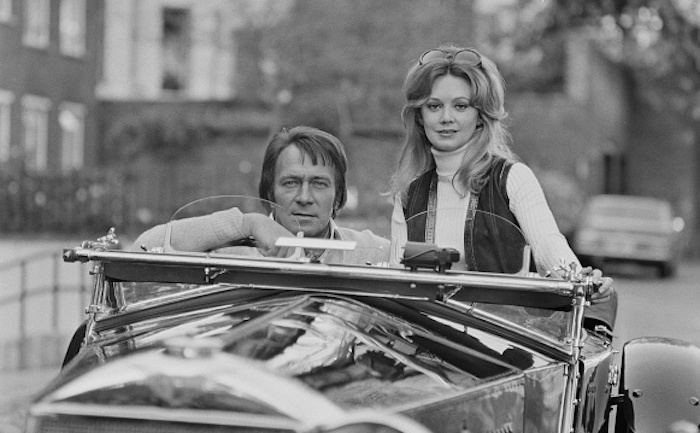 The Trades: Christopher Plummer Has Died, a Woody Allen vs. Mia Farrow Doc Series, and a 'Planes, Trains, and Automobiles' Remake

— This week has been a rough week for all-time greats, having lost Cicely Tyson, Cloris Leachman, and now Christopher Plummer, the oldest Oscar winner ever, who has died at the age of 91. His wife of 53 years, Elaine Taylor (pictured above with Plummer in 1971), was at his side when the Sound of Music star passed away.

— HBO has picked up Allen vs. Farrow, a four-part investigative documentary from Kirby Dick and Amy Ziering. The series “goes behind decades of sensational headlines to reveal the private story of one of Hollywood’s most notorious and public scandals: the accusation of sexual abuse against Woody Allen involving Dylan, his then 7-year-old daughter with Mia Farrow.” It will debut on February 21st. Watch the trailer.

(Related: Chelsea Handler spoke to Rob Lowe this week about once attending a dinner party at Jeffrey Epstein’s house with Prince Andrew and Woody Allen, and a drunk Handler asked him, “Where did you meet your wife?” before remembering where he met his wife).

— The always lovely Gillian Anderson — coming off The Crown, where she played Margaret Thatcher — has joined Marc Forster’s White Bird: A Wonder Story, which will begin shooting this month in the Czech Republic. The movie tells “the story of a young Jewish girl hidden away by a boy and his family in Nazi-occupied France during World War II. Anderson will play Vivienne, the woman who along with her family must make unimaginable choices.”

— Peacemaker is James Gunn’s spin-off series to his forthcoming Suicide Squad. Gunn will write the eight-episode show based on John Cena’s mercenary character in the film. Nhut Le, a Groundlings alum, has been cast as the Judomaster.

— NBC has finally given us premiere dates for Good Girls season 4 (Sunday, March 7th), and, uh, Manifest (Thursday, April 1st. How appropriate). Zoey’s Extraordinary Playlist will also move over to Sundays at 9 p.m. on March 7th.

— Renee Zellwegger has been cast in NBC’s The Thing About Pam, a six-part series based on “the real-life, stranger-than-fiction story behind the 2011 murder of Betsy Faria” as featured on Dateline NBC.

— Fever, the Peggy Lee biopic from director Todd Haynes, has cast Michelle Williams in the role of Peggy Lee. Billie Eilish and her mother, Maggie Laird, are also involved in the project.

— I do not mind reboots and remakes and revivals like most folks, but I just learned in the context of another casting announcement that Will Smith and Kevin Hart are remaking Planes, Trains, and Automobiles and that bums me out. The original still holds up, and while Kevin Hart may be able to pull off the obnoxiousness of John Candy’s character, he’ll never capture the heart.

— Unless you’re a big fan of Star Trek or The Good Fight, CBS All Access has been kind of a bust, so far (is anyone still watching their The Stand miniseries?). Next month, it will be rebranded as Paramount+. I’m not sure this Super Bowl commercial is going to help with the rebranding very much.

— Speaking of Paramount+, Chiwetel Ejiofor has been cast in the David Bowie role in a new TV series based on the Walter Tevis novel, The Man Who Fell to Earth.

— Paramount is also trying to remake Breakfast at Tiffany’s, but has run into some rights snags.


← Review: 'Rams' Offers Sam Neill In A Feel-Good, Animal Lover's Tale, But There's a Catch | Review: 'Little Fish' Is an Aching Romantic Drama with a Pandemic Twist That Hits Too Close to Home →