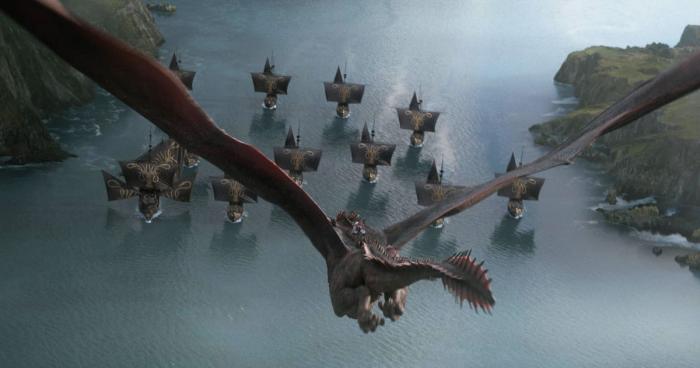 Will 'House of the Dragon' Burn 'Game of Thrones' Fans Again?

We’ve seen a flurry of Game of Thrones related news come out over the last few days. First there was the panel featuring David Benioff and Dan Weiss was tweeted by Twitter user @ForArya in which the two showrunners revealed their level of inexperience when they were brought on to create Game of Thrones as well as the mindset that led to some of the biggest frustrations for viewers. Things like how they worked to remove fantasy elements from the show or that they had more of a goal of subverting expectations than storytelling for some reveals. Then we heard that the Game of Thrones prequel set during the pre-history of Westeros featuring Naomi Watts and co-created by Jane Goldman was not going to be picked up. Now it’s been confirmed that the other prequel in production, House of the Dragon will be coming to HBO.


#HouseOfTheDragon, a #GameofThrones prequel is coming to @HBO.

The series is co-created by @GRRMSpeaking and Ryan Condal. Miguel Sapochnik will partner with Condal as showrunner and will direct the pilot and additional episodes. Condal will be writing the series. pic.twitter.com/9ttMzElgXm

With all the news coming out, I’ve seen a lot of people discussing their problems with Game of Thrones again. It’s a disappointment that might seem inexplicable to some, given how beloved the show was while it was on, but I can relate to some of the strongest criticisms out there. The disappointment of Game of Thrones stings so much because we believed in it so hard for so long. We loved the characters, the stories started out so compelling and shocking that we couldn’t wait to see what happened next, the actors themselves continued to turn in wonderful performances even as we started to wonder where everything was going. Those early positive experiences led us to hope, to keep hoping, to explain away the problems and trust that more twists, more reveals, more big moments were waiting for us on the other side. I saw it in the comments of my recaps, starting in season five I became more critical of the show’s direction, questioning character motivations, the direction the plot was going, and what overall purpose was being served by specific scenes. I got a lot of pushback for that, which I understood. People loved the show. They loved it so much that even in the last season as I pointed out where the story was weak and where the character motivations didn’t make sense, I had readers telling me they noticed that too but was sure it was a set up that would make sense later. I did not enjoy being right when the final credits rolled.

There are still things I can appreciate about Game of Thrones. It still gives me goosebumps to watch Daenerys free the Unsullied in Astapor, even knowing where they ended up. I still get choked up thinking of Sansa taking Brienne’s oath with Theon to advise her, as he had advised Robb a lifetime ago. Making Arya Tywin’s cupbearer while he resides at Harrenhal was an inspired piece of adaptation. There are so many moments like that it was easy to hope the end would pull out another one.

As much as I didn’t like the last season of Game of Thrones, I had some hope for the spin-off series, particularly this one that was just canceled. The concept of The Long Night and the Age of Heroes was one I thought would be different enough from the world of Westeros that we knew that it could be a fresh start. Sadly, it’s not to be.

The Targaryen series will be set 300 years before the events of Game of Thrones which is when Aegon and his sisters conquered Westeros. Miguel Sapochnik has created some excellent battle episodes of the show, even if I’m still unclear on several key points of “The Long Night.” I’m curious to see how it turns out, sometime before this last season I would have been excited at the prospect of watching Visenya and Rhaenys conquer alongside their brother (and husband, it… it’s so much worse than the Lannisters you guys). I would have wanted to see the feats of Balerion, Meraxes, and Vhagar. But now I’m a bit cynical, I feel like this is the series that got picked up less because it’s the more interesting story and more because the source material is already completed. Fire & Blood, the history of the Targaryens, is one volume with nothing to add or improvise. The story of The Long Night would have been uncharted territory, and after seeing where uncharted territory took Benioff and Weiss, maybe HBO wasn’t willing to take that chance again. Maybe I’m just still feeling a bit burned, though. At least this time we know it will all end in fire.