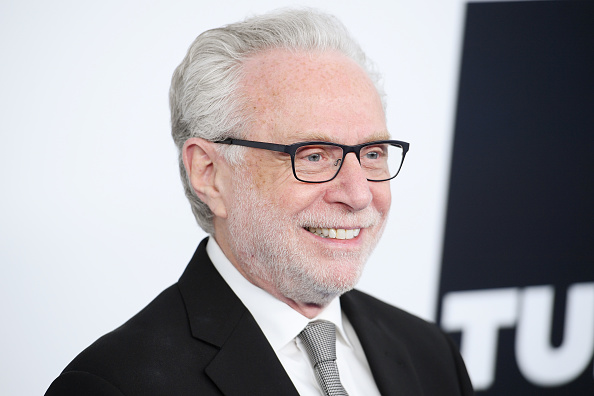 “This just in. CNN is ready to make a projection.”

Many of us have grown accustomed to the voice of Wolf Blitzer breaking in at the top of each hour during CNN’s Election Night coverage to give us updates, project winners, and tell us which races are still too close to call. Blitzer has never been much of a personality, but by God, he could deliver a projection in that comforting monotone of his. Blitzer is the last of a dying breed: A newsman who doesn’t inject his own personality or opinions into the news. He tells it like it is, like a band-aid that’s been ripped from a open wound.

Many of us have been watching Blitzer do his thing on election night for nearly 20 years. In fact, a lot of us only tune into CNN once every two years to see Election Night coverage because we can trust Wolf Blitzer to give it to us straight, like a goddamn punch in the nose. “CNN is projecting that Ted Cruz has held on to his Senate seat in the state of Texas.” WE KNOW, BLITZ. WE KNOW. STOP RUBBING IT IN.

Alas, Wolf won’t be around tonight. Jake Tapper is making those calls now. He and Anderson Cooper will be manning the desk on Election Night, along with Dana Bash and her ex-husband, John King, who provide us vote counts and unrelenting sexual tension. Kasie Hunt and Boris Sanchez will be in the house, too.

Blitzer, alas, will likely be at home, kicking back a whiskey neat, smoking a cigar, and watching the world burn. Blitzer came in at noon and left at 4 p.m. today. He’s passed the torch. Now Jake Tapper will be the election night face of a dying cable news network manhandled by a corporate stooge with little appreciation for a man who looks like vaguely like an Animal Crossing character. We never appreciate what we’ve got until it’s gone.