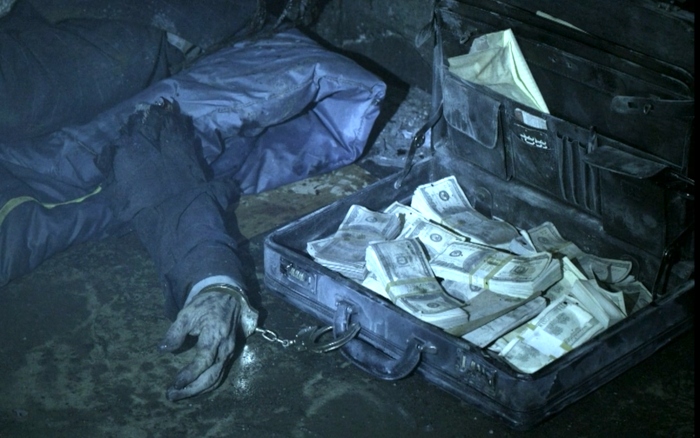 What's Up with all the Weird Class Imagery in This Week's 'The Walking Dead'?

After leaving Maggie underneath a pile of zombies in last week’s season premiere — eerily similar to the way her husband, Glenn, almost died — The Walking Dead has the good sense not to make us wait four weeks to see how a cliffhanger resolves. We do have to wait a little more than 15 minutes, however, to discover that Maggie — like when Glenn saved himself by pulling himself under a dumpster — likewise pulls herself under something to escape. In this case, it is a subway car, where she is able to find a hatch that allows her to pull herself into the car, where she immediately confronts Negan.
“I slipped,” Maggie tells everyone else. “He saw, and he left me to die.”
To Negan’s credit, he didn’t deny it. “Yeah. OK? So what? … She was just talking about murdering me sooner or later, and I’m the asshole?”
Fair point
Interestingly, while nuMaggie obviously doesn’t like that Negan left her to die, she does seem to respect it. This is especially true when, over the objections of everyone else, she leaves another member of their group to die later in the episode when Gage — who cowardly ran off with their supplies instead of staying to fight the zombies — gets trapped in a subway car with another horde of zombies. Maggie does the math and figures that saving him is not worth the ammo and risk-to-life it would take to rescue him, so she and the entire group watch Gage through the window in the subway car specifically stab himself in the heart out of spite so that he comes back as a zombie they’ll have to deal with later. 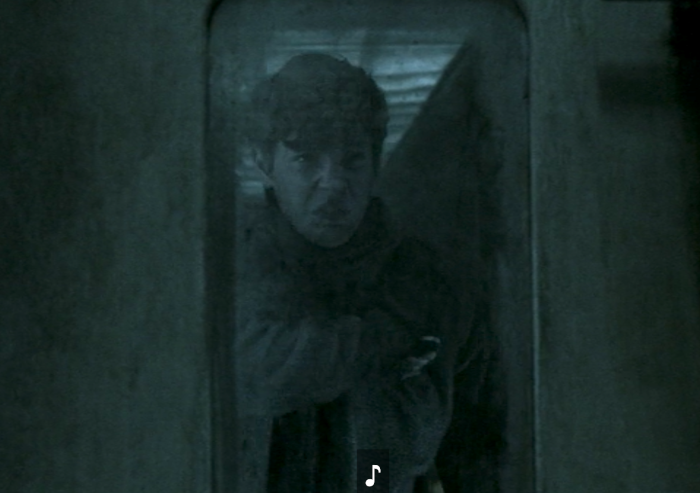 Even in death, that kid was an asshole. For those keeping count at home, Gage was the last surviving member among the teenagers who used to bully Lydia over on the Hilltop. RIP. Sort of.

The point, however, is that Maggie is a different person, and while she doesn’t have Negan’s old supervillain personality, she and Negan are vibing when it comes to their ruthless utilitarianism. In fact, later in the episode when they face down Gage’s zombie horde, Maggie hands a gun over to Negan not because she likes him, but because he’s an asset. After the melee is over, Negan hands the gun back, gaining a modicum of trust from the very woman he left to die. These two might just survive one another, after all, and they may be about three episodes away from the monster of all hate f*cks.

Elsewhere, Yumiko turns the tables on the bureaucrats over in the Commonwealth and starts assessing them, while Eugene withstands an intense round of interrogation by mixing a heaping dose of pathetic truth (“I’m a virgin and I brought my friends out to the train yard in the hopes of meeting a woman who probably has no interest in me”) with deflection to gain the trust of the bureaucrats. By the end of the episode, Yumiko, Ezekiel, Princess, and Eugene are all invited to become members of the Commonwealth, which means Yumiko will soon be reunited with the brother we didn’t know about.
Surprise, surprise: Stephanie — the woman with whom Eugene has an obsession — also reveals herself to him at the end of the episode. Will Eugene finally gain a love interest? 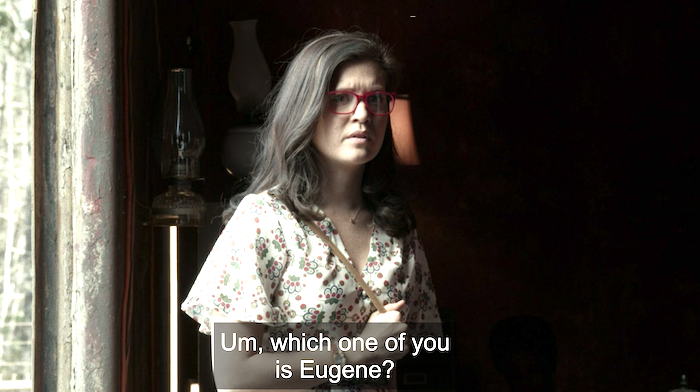 Daryl spends much of his screentime siloed into the hamfisted portion of the episode. He’s alone traveling through the subway tunnel, where he runs upon a zombie who used to be a homeless man, a zombie who used to be a white-collar worker with a briefcase full of money, and notes left behind by kids written on U.S. currency. He also spots this mural and the camera lingers on it. 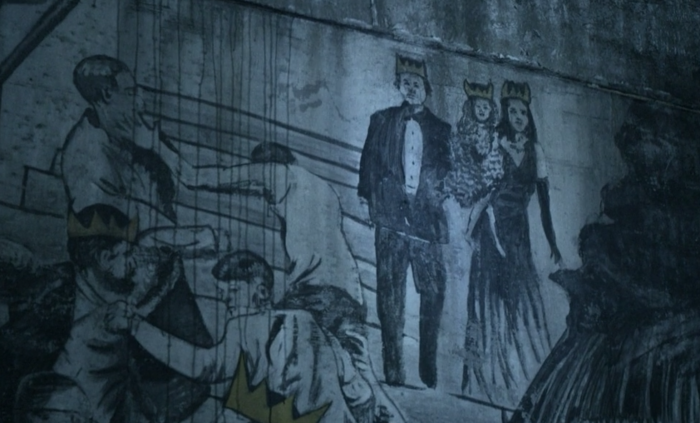 Subtext is not exactly a forte of this zombie show, but the whole idea behind all of this imagery is to get viewers thinking about class. If you’re not familiar with the source material, or if you don’t stick around to watch showrunner Angela Kang explain the episode on AMC+, there’s no reason in the world for anyone to understand what all of this is about. The show can hit us over the head with the symbolism as hard as it wants, but there is no reason why any of this should register to viewers tuning in to watch zombie killing.

The reason, however, has to do with The Commonwealth storyline. It’s the same reason why the bureaucrats question Ezekiel et. al, about their education, pre-apocalypse careers, etc. It’s because that’s how placement within the Commonwealth is determined. Someone who was a lawyer before the apocalypse, for instance, is placed within a higher class in the Commonwealth while someone who might have worked as a janitor will be placed in a lower class, regardless of ability in the post-zombie world. This means that Yumiko — who used to be a lawyer — will be provided with the same privileges she had pre-apocalypse, while Daryl — who was a drifter — will be placed within the lower class and given job assignments accordingly. Upward mobility is difficult (think Snowpiercer). It’s not an awesome storyline in the comics and may be why Robert Kirkman decided to abruptly end the series when he did. He was all out of inspiration. I’d like to think that the series will handle it better than Kirkman managed, but the mural, the hobo zombie, and the notes written on dollar bills don’t give me a lot of confidence.

Thankfully, as we see at the end of the episode, the final season will also blend in a villainous group more appropriate to The Walking Dead. The group that chased Maggie out of her old settlement, the Reapers, make a brief appearance — killing poor C. Thomas Howell’s character — and they are sufficiently daunting, like a post-apocalyptic The Warriors.

In next week’s episode, the series will continue to follow The Reapers, while also revisiting Carol and Aaron back in Alexandria.

← The Milk Crate Challenge Is No Match For Amber Ruffin | Casting and Industry News: Jon Stewart, Jeopardy!, Stinky Gyllenhaal, and 'You' →