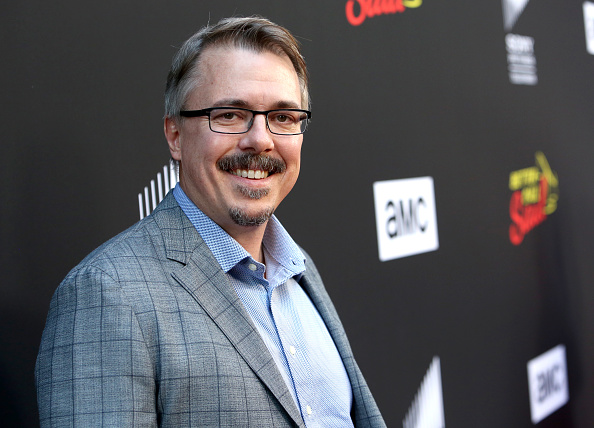 — Over on The New Yorker, Vince Gilligan talked about what his next show will be like, and it sounds like exactly the kind of show I would love to watch: “For my next show, I’d like the lead character to be an old-fashioned hero, an old-fashioned good guy. Jim Rockford is kind of rough around the edges, but he always does the right thing. Fifteen years ago, when I was conceiving of Walter White, I looked around and thought, Well, what is current TV? It’s mostly good guys. But now I’m looking around, thinking, Gee, there’s an awful lot of bad guys on TV, and not just on shows but on the news. It feels like a world of sh**heels now, both in fiction and in real life. I think it’s probably time again for a character who doesn’t go for the easy money. I’d be very happy if I could write a more old-fashioned hero, someone who is not out for themselves at every turn.”

An anti-villain would hit the spot, wouldn’t it?

— HBO Max continues its purge, and it’s almost like the network is being run by an evil version of myself, hater of animation save for Harley Quinn, Gravity Falls, and Bob’s Burgers. They’ve killed six more animated projects, including Batman: Caped Crusader, as well as Did I Do That to the Holidays? A Steve Urkel Story. The purge is so extensive that my teenage kid and his friends were discussing it, lamenting the loss of all but one episode of Uncle Grandpa, an animated series they apparently liked to belittle (the one episode has since been removed, as well). Anyway, it sure seems weird that the CEO of a corporation that owns Cartoon Network is killing all their cartoons.

— While HBO is killing all its animation and kids programming, it has renewed Curb Your Enthusiasm for a whopping 12th season.

— I don’t want to spoil it (it’s very easy to find), but a new character introduced as a cameo in the second season of Only Murders in the Building has been cast as a regular in season three. He’s a youthful site favorite who knows how to dance!

— We will be covering House of Dragons here, but in the meantime, know this: It had HBO’s biggest ever premiere, scoring 10 million viewers across all platforms. For all the Game of Thrones fatigue we thought we had, we sure showed right back up when the prequel premiered, didn’t we?

— Tom Brady has shot down speculation that he missed training camp last week to appear on The Masked Singer. (The other rumor I heard was that he was dealing with a potential divorce).

Wasn’t on the masked singer last week. Was wearing a mask though. https://t.co/E3wg9LaC1I

— Like good comedies, there has been a dearth of the once reliable legal shows on television outside of the Law & Order universe. That will be changing soon. In addition to She-Hulk, there’s a female-led spin-off of The Good Doctor called The Good Lawyer in the works (it’s about a lawyer who suffers from OCD). Meanwhile, an Ally McBeal sequel series is also in early development. Calista Flockhart would return to run a firm where the daughter of Lisa Nicole Carson’s character would work.

— Dan Harmon has written an outline for a Community movie, and now it’s not a matter of “if” but “when,” according to Harmon, although Harmon also cautions that “when” could be a couple of years from now.

← Reddit Asks the Question: 'People Who Don't Ever Want To Have Kids, Why Not?' | The Synth Wave Perfection of 'Never Have I Ever's' Soundtrack →