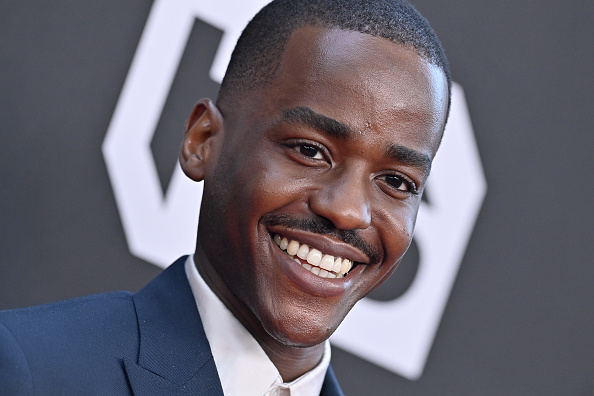 Most of you know this already by know, but we were out yesterday, and we want to get this up for posterity, because it is awesome: Ncuti Gatwa, best known for playing Eric Effiong in three seasons of Sex Education, has been selected by Russell T. Davies to be the next Doctor on Doctor Who. Gatwa is a surprising choice — he was not among any of those rumored for the part after Jodie Whittaker announced her departure — but he’s also perfect.

Gatwa will be the 14th actor to play the Doctor and the first Black man in the role. He’s also the first African-born Doctor — he was born in Rwanda, and he and his family fled in 1994 to Scotland at the beginning of the genocide. The 29-year-old has been keeping it a secret since February.

"It's been emotional!" Ncuti Gatwa is feeling the love after his Doctor Who news was revealed 😍 #VirginMediaBAFTAs pic.twitter.com/LcI1cP7UO6

Congratulations to this ray of sunshine Ncuti Gatwa! ❤️❤️➕🟦 https://t.co/4nAO5gvGKi

And Simu Liu, his co-star on the currently filming Barbie movie with Margot Robbie and another Sex Education star, Emma Mackey:

I am overflowing with happiness. Ncuti makes all of our days brighter on set with his boundless enthusiasm and radiant energy. This could not happen to a better human being PERIOD.

Others who aren’t as famous have also weighed in:

Ncuti Gatwa is one of those names absolutely nobody was putting out there, until suddenly we all look like idiots for never once thinking of him

I AM HERE FOR OUR HOT QUEER BLACK DOCTOR! Congratulations to Ncuti Gatwa on making history. #DoctorWho pic.twitter.com/YuZ45AfqZS

There was also the usual smattering of racist naysayers, but we can safely ignore them.

Ncuti Gatwa and Russell T. Davies are going to be a potent combination.

← Steve Schmidt Alleged that John McCain Had a Lengthy Extramarital Affair with a Lobbyist | Box Office Report: 'Multiverse of Madness' Becomes Biggest Debut of 2022 So Far →