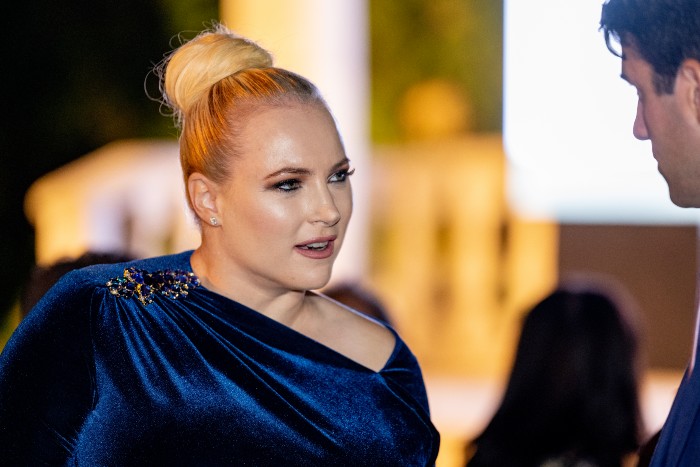 Meghan McCain Got Absolutely Wrecked by MY FATHER’s Campaign Manager

Late Friday evening, Mediaite reported that Meghan’s new book, Bad Republican, has sold fewer than 300 copies, which is real bad. A late United States senator didn’t nut me into a beer heiress, and I’m pretty sure I could sell more books than that. (Nobody ever once quote me on that or hold me to it.) Anyway, Meghan has not taken the news well, and more importantly, it opened the floodgates for her father’s former campaign manager, Steve Schmidt, to start spilling glorious amounts of tea. Self-serving and probably revisionist tea, but tea nonetheless. Also, again, I cobbled these links together Saturday night, so my apologies if they’re not there by the time Pajiba Love goes live.

Here’s Schmidt confirming that he’s the one who kicked Meghan off of her father’s campaign for being a spoiled brat, and Cindy McCain backed the call. (Twitter)

And here’s Schmidt expanding on that story after Meghan demonstrated that she’s not a maverick like MY FATHER™ and will fall right in line with every single right-wing trend including calling people pedophiles. (Twitter)

And, most damningly, here’s Schmidt revealing how balls-deep MY FATHER™’s campaign was soaked with Russian money despite Meghan’s dad positioning himself as a tough guy when it comes to Putin. (Twitter)

Needless to say, I’ve been loving every freaking second of this. It’s a miracle I’m not a dried-out husk.

Now, back to your regularly scheduled Pajiba Love:

Fred Savage is the latest dude to get fired for “inappropriate conduct.” (Dlisted)

Bruh, we’ve already lost faith in SCOTUS because it’s f*cking over women for wildly fanatical reasons with a huge heaping side of racism. (Celebitchy)

George Perez never went half way, in art or life. He pushed the limit of what a comic could do: his style was somehow, impossibly both overwhelmingly powerful and subtly graceful. He matched his passion for his trade with his passion for his fans and friends. RIP breaks my heart. pic.twitter.com/TPp78JC38d

From Seth: The fallacy of “just vote”: “Taken together, the last three years have shown us that elected Democratic officials are happy to move slowly in order to preserve their remaining political capital while people’s rights disappear.” (Defector)

I Think You Should Leave is coming back for Season 3. Hells yeah. (Variety)

A NYT columnist blamed Roe v. Wade for causing unemployment for men, and yup, it was Ross Douthat. How could you tell? (Jezebel)

Marjorie Taylor Greene has been cleared to run for reelection. Wonderful. (CNN)

Jeverett15 was surprised by the lack of a central plotline in Min Jin Lee’s multi-generational family saga but still gave it 5 stars. "In short, Pachinko is really a book about life itself. Its impressive scope is equaled by its understanding of human nature." Did you watch the series on AppleTV? (Cannonball Read 14)

Bitch I thought the dinosaurs were back https://t.co/ZINHaXeIc6