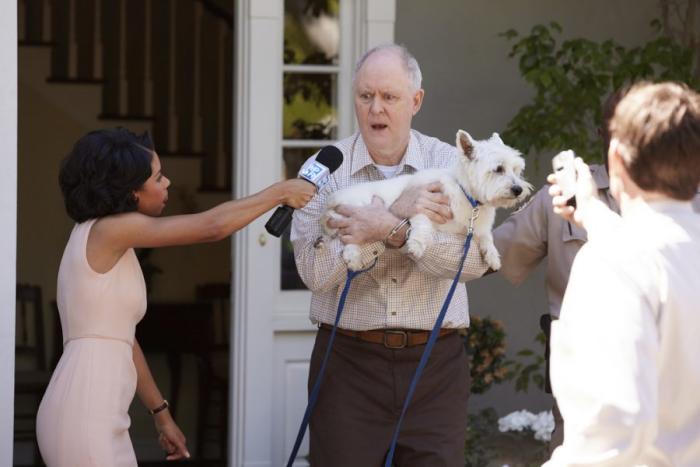 'Trial and Error' Is Better than 'The Staircase'

I am not here to crap on HBO Max’s The Staircase, the phenomenally acted true-crime series from Antonio Campos. It’s brimming with incredible performances and I have no doubt that at least two actors — Colin Firth and Toni Collette — will receive Emmy nominations, although Parker Posey deserves one, too. I am not, either, particularly bothered by the dramatic liberties that Campos took, and it would be disingenuous to suggest as much after dismissing the same complaints with HBO’s Los Angeles Lakers series, Winning Time.

I did not watch the documentary series upon which The Staircase is based, and maybe that’s part of the reason why I haven’t understood the obsession. I understand that The Staircase has all the ingredients of a great true-crime series — the documentary, after all, was one of the first to mix those ingredients so successfully — but to me, for all the great performances, it lacked compelling characters, save (again) for Parker Posey’s prosecuting attorney. I respect that it provided depth and humanity to the murder victim, and I appreciate that it offers no real answers when it comes to Michael Peterson (I mean, he probably did it, let’s be honest). As a piece of entertainment, I found it difficult to invest in the charming, temperamental Peterson, his entitled and troubled kids, or his protective sister-in-law.

Mostly, however, I think my inability to get caught up in the obsession is because, while I didn’t see the documentary series, I did watch the brilliant, hilarious, and remarkably odd mockumentary spoof Trial & Error, which based its first season on the death of Kathleen Peterson. Watching The Staircase after watching Trial & Error is tantamount to watching Scream and then watching all the slasher movies that Scream was satirizing — it’s like taking a bouquet of balloons to a children’s birthday party after someone let out all the air.

The first season of Trial & Error is a perfect mockumentary of The Staircase documentary, and it bypasses all the issues about exploiting someone’s murder by comedically exploiting someone else’s exploitation of a murder. The characters, meanwhile, are earnest but occasionally misguided small-town folks trying to do the right thing — think Parks and Recreation set in a courtroom.

The first season follows the same contours as The Staircase, only the dead wife fell or was pushed through a stained glass window. Her affable but dim husband — a bisexual poet played by John Lithgow — hires a “Northeasterner” attorney (Nicholas D’Agosto) with little practical experience to defend him, and he, in turn, is saddled with two well-meaning locals (Steven Boyer and Sherri Shepard) who aren’t always that bright to help defend the case. (Shepard’s character is also afflicted with a number of conditions, including one that causes her to laugh at tragically inopportune moments). The brash prosecutor (Jayma Mays) is smart and ambitious but doesn’t know how to read a room.

It is uproariously funny, owing as much to Christopher Guest as it does to true-crime tropes, and Lithgow’s endearing narcissist is low-key one of the best performances of his stellar career. It’s a brilliant combination of oddball characters, Mayberry, Best in Show, and Mike Schur with frequent direction from Jeffrey Blitz (Rocket Science), and I cannot believe it hasn’t come up more often over the last two months of The Staircase’s run. What’s even more criminal is that the series is not available on Peacock despite airing on NBC, nor on HBO Max despite being produced by Warner Brothers. The only way to watch it is to pay for a full season on Amazon or YouTube, but I’m here to say: It is 100 percent worth it, whether you’re a fan of The Staircase or not. (And for a quick taste, you can still watch the pilot on Facebook for free).