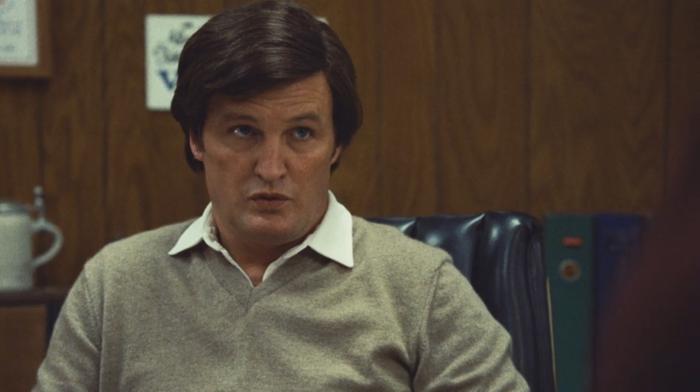 As depicted by Jason Clarke in Winning Time, Jerry West — the former Lakers player, coach, scout, and executive — is a hot-headed, moody man completely loyal to the organization who is nearly destroyed by his own perfectionism. He throws a lot of tantrums. The real Jerry West, meanwhile, is demanding a retraction from Adam McKay and HBO for the way the series depicts him, calling it “cruel” and “deliberately false.”
Honestly, it sounds exactly like the sort of thing that the tantrum-throwing version of Jerry West on Winning Time would do.
From the Los Angeles Times

“The portrayal of … West … is fiction pretending to be fact —- a deliberately false characterization that has caused great distress to Jerry and his family,” Skip Miller, West’s attorney, said in a statement. “Contrary to the baseless portrayal in the HBO series, Jerry had nothing but love for and harmony with the Lakers organization, and in particular owner Dr. Jerry Buss, during an era in which he assembled one of the greatest teams in NBA history.” …

“For the players, coaches and the entire Lakers organization this was a magical and amazing time; and they, along with Jerry West, enjoyed it and got along great with one another,” said the letter. “This reality is directly contrary to the portrayals in your show.

“Unfortunately, your false portrayal of the Lakers in your show has caused harm to the reputation of the Lakers organization and its people. Some of the individuals portrayed have passed away and are unable to defend themselves. For others, it has tarnished their reputations and shown them in a damaging false light…You took a happy and super successful Lakers era and turned it into a pulpy soap opera. You depicted the people in a false light, not at all who they are, to garner ratings and make money.”

First off, Jerry: It’s not a documentary. It’s a dramatization produced by a corporation designed to make a profit. I think that everyone understands that, which is why Wikipedia probably gets a huge surge of traffic after every episode from viewers trying to find out what is real and what is not. There is a long history of these kinds of dramatizations — The Social Network being the most obvious case, but also movies like The Perfect Storm, which made up its own version of events and passed it off as a dramatization — and where it concerns public figures like Jerry West, the burden on potential litigants is very high.

From a legal perspective, should Jerry West ultimately sue, he’d basically have to prove that the depiction of him is highly offensive to a reasonable person. You know what? That’s not the case. For all his tantrums, West is the heart of Winning Time. He is far from unlikable; he is relatable, and human, a man so driven by the desire to see the Lakers win that he quits his job as the head coach for the good of the team.

I understand that a number of former Laker players have taken offense to the way they have been depicted. The fact that Jerry West is the one to demand the retraction … well, that tracks. It’s exactly what the Jerry West in Winning Time would do: He’d throw himself on the bomb to protect the organization.