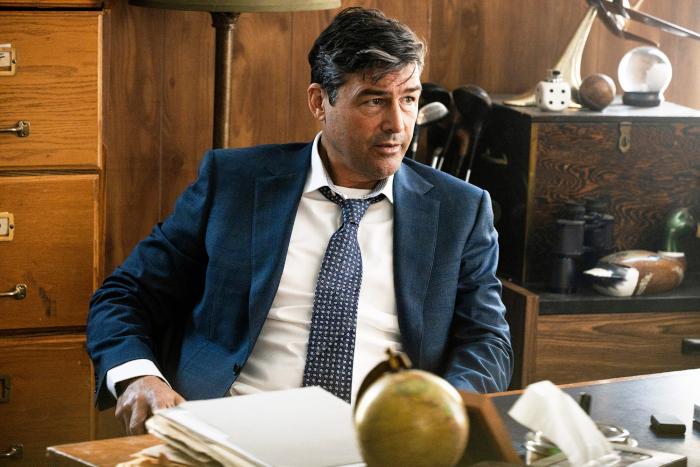 Spoilers for shows in bold

As 2021 winds down, I’d like to talk about television twist endings, specifically the worst of the year. Some of these came in good shows, and some of them came in bad, but what’s remarkable is that the worst twist of the year didn’t come on either of the two twistiest series of the year, Manifest and La Brea. Interestingly, while everything else on those two series is bad, they’re usually decent with twists, like killing off Grace and aging up the son five years in the Manifest finale, or revealing that the estranged husband in present-day La Brea is actually from 10,000 years in the past but came through a different time hole into 1988.

Riverdale might be a decent candidate for the worst twist, too, during a year in which Archie got rabies, and was also murdered in what turned out to be an alternative universe (Rivervale). Riverdale is almost entirely predicated on bad twists, so neither revelation was particularly shocking. The Sex and the City sequel series, And Just Like That might have also qualified for killing off Mr. Big in the opening episode, but, for the show anyway, it turned out to be a blessing in disguise when, days later, it was revealed that Chris Noth had a lengthy history of violent sexual assault. Mr. Big’s death allowed the series to sidestep Noth’s history of egregious sexual behavior instead of figuring out a way to continue to air the series with Chris Noth’s episodes already filmed.

The Walking Dead: World Beyond probably wins for worst no-twist, in that viewers kept hoping for a twist that might salvage one of the worst shows on television, but it never arrived. The same could be said for the parent series, as well, which is going through the motions in its final seasons. The nuclear bomb on Fear the Walking Dead felt like a big swing at the time, but it’s proven to be detrimental to an already creatively inert series because all the characters are trapped in a nuclear wasteland. Kate and Toby divorcing in This Is Us was not the worst twist of the year, but it was a very dumb twist (particularly since Kate ended up marrying Chris Geere from You’re the Worst, a character we barely knew).

Ultimately, my choice for the worst twist of the year was between two series. The twist in the pilot episode of Mayor of Kingstown, however, proved to be more disappointing than bad. The series killed off the biggest draw to the series for myself (and many others): Kyle Chandler’s character. The man is positioned front and center in the poster and factored into all the pre-release marketing. He barely had 10 minutes of screentime.

However, the worst, most laughable, idiotic, pointless and out-of-left field twist of the year came on The Morning Show, which had a fine first season before devolving into a tone-deaf soap opera in its second. The worst storyline of the season, however, came when the series decided to follow its Matt Lauer, Steve Carell’s Mitch Kessler, to Italy, where he attempted to live anonymously after multiple sexual assault allegations destroyed his career. The Morning Show endeavored to humanize Kessler, find him a girlfriend, and even vaguely redeem him, which didn’t work, but to the extent that it did, it was only because he was played by Steve Carell, who is difficult to hate.

Nevertheless, after an unsuccessful, half-hearted attempt to redeem the character, the series … killed him off. He went out to get cigarettes for his girlfriend, and literally drove off a cliff and plunged to his death. It was comically bad, unexpected, and egregiously out-of-character for the series. It’s also the worst thing that Steve Carell has ever done, and I have seen The Incredible Burt Wonderstone.


← 'The Wheel of Time' Book Reader Recap, Season Finale: Uhh, What? | In Honor of 'Encanto': More Disney Films To Enjoy This Week →