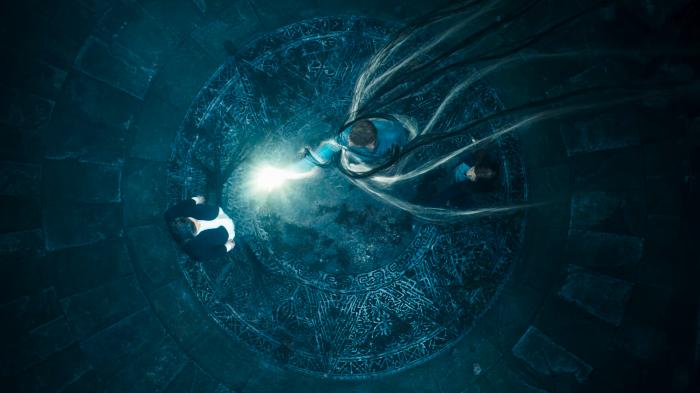 So… that was the finale. If I had to describe it - and I do, it’s my job - I would say that it was an hour of television that came at the end of a season. The show made some definite choices, and in the process left out, changed, or rushed through pivotal events quickly. Here’s your rundown. 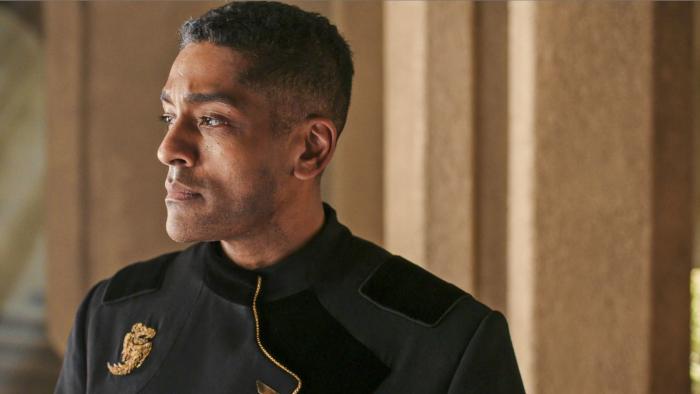 We begin with a flashback 3,000 years when Lews Therin Telamon tried and failed to convince the Tamyrlin Seat to join with him to forever seal away the Dark One. The Tamyrlin refused because she believed Lews Therin would fail and allow the Dark One access to both sides of the One Power. We get a brief glimpse of the advanced society Lews Therin destroyed with his failure.

After being left behind by Rand and Moiraine, Nynaeve, Egwene, Perrin, and Lan must decide what to do. Do they flee for home ahead of the massive Trolloc army marching toward Tarwin’s Gap, or do they stay and offer their untrained assistance to the Shienarans? The Two Rivers folk offer their assistance to the Jagad siblings. Lord Agelmar intends to defend the Gap with their Shienaran warriors. Lady Amalisa, whose weak channeling ability kept her from becoming a full Sister at the White Tower, is the second line of defense with the few other half-trained women of the city. This includes Nynaeve and Egwene, who choose to stay. Nynaeve fears for Lan’s safety but tells him how to track Moiraine through the Blight. Perrin and Loial stay with Lord Agelmar’s guard as they prepare a final defense, though they fear to use it.

Rand and Moiraine make it to the Eye of the World despite a hard journey and terrible dreams, a dark pit circling down into the earth. Rand recognizes it, though he doesn’t understand how. He touches the symbol on the floor and falls asleep. It’s the same spot where, thousands of years before, he failed to end the Shadow’s threat. The Dark One arrives, and bats away Moiraine’s attack as though it’s nothing. Moiraine is so afraid Rand will fail again that she faces the Dark One with a knife cutting into the farmer’s throat, ready to kill him herself should he turn. She refuses to bend, even when the Dark One stills her, ripping away her ability to touch the One Power. Rand, meanwhile, lives an alternate life in Tel’aran’rhiod. He experiences a happy, peaceful life with Egwene, where she’s given up on her dreams of joining the White Tower and is content being his wife and mother to their daughter.

Lord Agelmar dies at the wall and his sister, inexperienced in wielding the One Power, draws far too much in a circle with Egwene, Nynaeve, and several women from the city. They defeat the Trolloc army that’s come through the Gap but in the process, Lady Amalisa and the Shienaran\Malkieran women burn to death. Nynaeave manages to wrest control of the circle from Amalisa and saves Egwene from a horrible death, but is seared in the process and seemingly perishes. Egwene, impossibly, heals her from death itself. 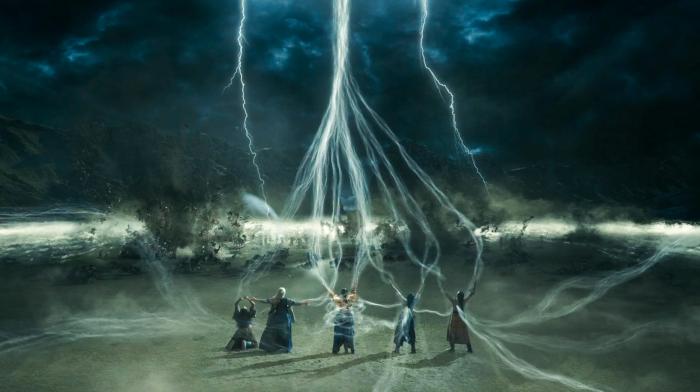 Perrin finds himself frustrated with the Way of the Leaf’s inability to coexist in a world of monsters. He follows Lord Agelmar’s guards as they push back the throne and smash their way into the stone underneath, revealing a treasure chest containing the Horn of Valere. This mystical object can summon back Heroes lost to the turning of the Wheel, like King Arthur and his knights. The only problem is that if the Dragon himself doesn’t blow the Horn, the Heroes may be taken over by the Shadow and fight for evil. It becomes a moot point as Padan Fain and a pair of Myrdraal sneak into the keep, and slaughter the soldiers, possibly killing the Ogier Loial in the process. Fain tells Perrin how he only visited the Two Rivers again and again to keep an eye on the ta’veren youngsters. Some, perhaps all, are expected to keep the world “balanced” by turning to the Shadow. A brief glimpse of Mat suggests he already has.

Rand, facing the Dark One in Tel’aran’rhiod, is tempted by his promises. All he has to do, he is told, is channel into his infant daughter with all his power and convince the world to change, and he can make this world his new reality. Otherwise, the Dark One will kill Egwene and everyone else. But Rand realizes the only way for them to be together is if Egwene gives up on her dreams, and he refuses to take her autonomy. He strikes out with the power and the Dark One is vaporized in both Tel’aran’rhiod and the real world. In the process, he shatters the ancient seal of the Aes Sedai on which they stood.

Rand leaves Moiraine at the seal, swearing her to secrecy. He can feel the first hints of madness, and won’t let it hurt his friends and family. He strikes off into the Blight on his own, shortly before Lan arrives and learns of Moiraine’s fate. On the far side of the world, a strange fleet arrives. Dozens of ships full of soldiers and captured female channelers. The Seanchan invasion of the eastern continent has begun. 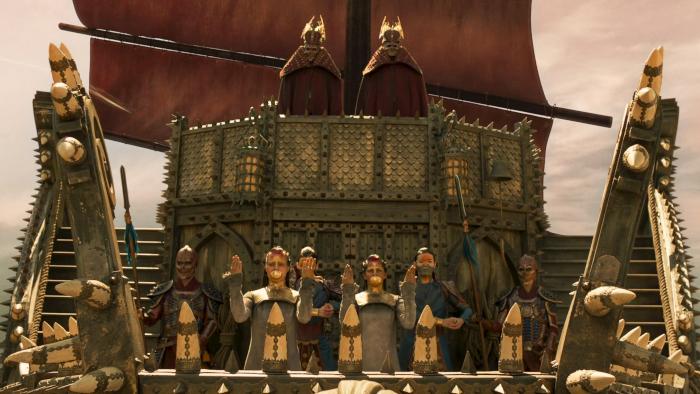 That ends the first season of The Wheel of Time. The Jagads are dead. Uno and more importantly Loial may be as well. Moiraine is stilled, no longer an Aes Sedai. These are big changes and, unlike the changes to the Eye of the World itself, have a much larger effect on the story. Once again the narrative felt rushed. Book readers know that the “Dark One” banished by Rand was actual Ishamel, first among the Forsaken, the Shadow’s most powerful channelers and who survived the Breaking of the World. The war is far from over. With luck, they’ll get more than 8 episodes next season because there’s a lot of story yet to come and it would be nice if we got a little more of it. Even an extra half hour would have helped this year.

I enjoyed this interpretation, for the most part. I think I’m more forgiving than many book readers. Changes like Moiraine’s stilling, Loial’s death, and Mat potentially turning to the Shadow are significant enough to cause a lot of consternation. These aren’t the same characters with whom we grew up. In some cases - like the Whitecloaks - that’s a benefit. Some others, not so much. But more than anything, the story requires time to develop. The Wheel of Time is an epic so long it makes A Song of Ice and Fire look like a Sunday circular. Most readers agree a lot there can be cut, but we were thinking about all the descriptions and 8,000 side characters rather than the storyline itself.

In the end, this adaptation was entertaining and well-produced, if too brief. Certainly good enough that I’ll watch next season. My disappointment with some changes is tempered with the hope that as the story develops these choices will bear fruit. I’m eager to see how the Seanchan invasion gets handled, and where Mat and Perrin’s stories are going. We’ve left the original narrative so far behind that your guess about what happens next is as good as mine. Here’s hoping we aren’t forced to wait another 30 years to see how things develop!

← Reddit Asks the Question: 'What is the Most Physically Painful Experience You've Ever Had?' | The Year's Worst Surprise Television Twist →