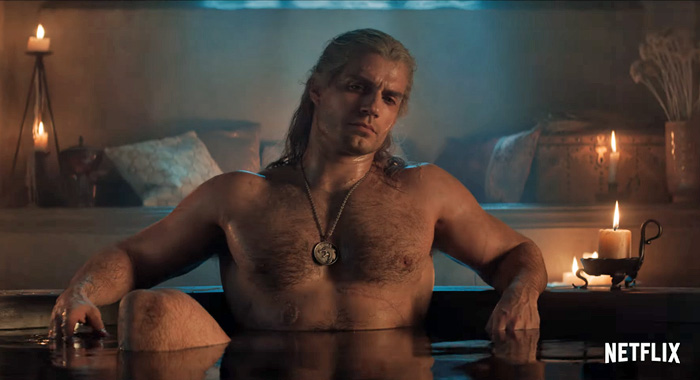 'The Witcher' Gets a New Trailer, Release Date, and Henry Cavill Naked in a Tub

Now that Game of Thrones has ended slash went out like a wet fart, there’s an aching hole left in our hearts for fantasy characters who bang a lot, and Netflix has wisely chosen to cram that hole full of Henry Cavill.

After unveiling a surprisingly decent teaser at Comic-Com, Netflix just dropped a brand new trailer for The Witcher and a release date that really pushes the limits of the term “Autumn.” The series premieres on December 20, which is a bold move considering that’s the same date as a small, little independent film series you may have heard of called Star Wars. However, this new trailer absolutely f*cks, so I can definitely see myself rushing home from the theater and binge-watching The Witcher like the easily manipulated nerd that I am.

For those of you unfamiliar with The Witcher, or only know it from the video games, it’s a series of Polish fantasy novels about a magical bounty hunter named Geralt (Cavill) who kills monsters and bones his way across a fantasy world that thinks he’s a gross abomination. He also learns about love along the way, but I won’t spoil anything. The first season will reportedly tackle the books chronologically starting with the short story collections The Last Wish and Sword of Destiny — both are fun, easy reads — that set the table for a wider saga that will presumably be the focus of later seasons if the show even makes it that far. (Netflix, amirite?) However, unlike Game of Thrones the books are actually finished, so The Witcher shouldn’t run into whatever the hell happened with Thrones. But if Henry Cavill starts talking about the power of a good story, burn everything. I don’t care if it’s the horniest show on earth. We riot.