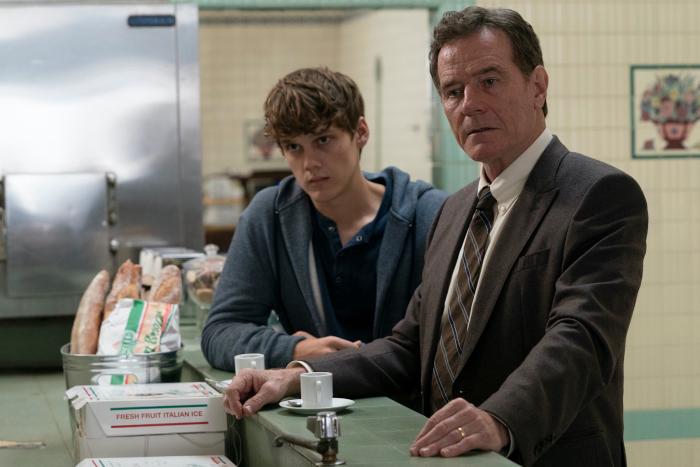 The Ending to Showtime's 'Your Honor' Is Bad

Told by an interviewer over on Deadline that the actions of a character in the Showtime drama, Your Honor, angered him, the creator and showrunner Peter Moffat replied, “I’m glad that it pissed you off. I always love that anybody who has a strong enough reaction to make them want to get off the sofa, okay, it makes me very happy. I’m delighted that you felt that way.”

I suppose, then, that Moffat would be ecstatic about my reaction to the entire series because the ending infuriated me, and that infuriation only came after five or six episodes of a building frustration with the series. Yes, it really pissed me off. Reasonable people may disagree, but I found Moffat’s so-called “Shakespearean” ending to be maddening, overwrought, obnoxious, and incredibly disappointing. My one-word response to anyone contemplating watching Your Honor would be, “Don’t,” and I’ll tell you why.

SPOILERS for the entire season of Your Honor

As I wrote a couple of months ago, the pilot for Your Honor is quite good. What’s interesting is that Your Honor is based on an Israeli series that Moffat didn’t watch until after he’d written the scripts — he took the same premise and wrote his own story. The dilemma presented in the series is brilliant; Moffat’s choices about how to confront that dilemma, however, were less so.

In a nutshell, the story is about Adam (Hunter Doohan), the 17-year-old son of a fair, well-respected New Orleans judge by the name of Michael Desiato (Bryan Cranston). While suffering from an asthmatic attack, Adam accidentally runs his car into a motorcycle driven by the teenage son of Jimmy Baxter (Michael Stuhlbarg), a dangerous mob boss. The Baxter son on the motorcycle dies, and in a panic, Adam flees the scene. When he gets home, however, he confesses to his father, and his father insists that Adam turn himself in, explain the accident, and face the consequences.

Desiato changes his mind, however, when he learns that the victim’s father is Jimmy Baxter because Desiato understands that as soon as Jimmy finds out that Adam killed his son — accident or not — Jimmy will seek revenge. For Desiato, turning Adam over to the police would be tantamount to a death sentence for his son, whose only crime, really, was in fleeing the scene after accidentally killing someone else while suffering an asthma attack.

And so, Michael sets about covering up the crime. In doing so, he recruits a third party, Kofi Jones (Lamar Johnson) to dispose of his car. Kofi is pulled over while trying to dispose of the car, which is soon connected to the murder of the Baxter kid, and Kofi — because he is Black and in a gang — is immediately blamed, tortured by police, arrested, and eventually killed in prison by Jimmy Baxter’s other son, Carlo Baxter.

A lot of other stuff goes down over the course of the next eight episodes, but the long and short of it is this: Jimmy Baxter finds out that Desiato is involved in the death of his son, and the only way that Desiato can save himself (and Adam) is by rigging the trial to ensure that Carlo Baxter is acquitted for murdering Kofi Jones.

Desiato contorts himself and the judicial system to ensure that Carlo gets off, but in doing so, raises the suspicions of the detective investigating the case, as well as Kofi’s lawyer (Carmen Ejogo), with whom Michael is also sleeping. The detective (Amy Landecker) and the lawyer eventually do figure out that it was Adam who killed Carlo Baxter; Michael basically sells his soul to keep them quiet.

There’s another unnecessary wrinkle here, too, which is that Adam is sleeping with his teacher, but ends up breaking up with her because he falls in love with … Jimmy Baxter’s daughter, Fia (Lilli Kay). In the final episode, After Carlo is acquitted, Jimmy Baxter finally realizes that Adam is responsible for the death of his son (because he spotted Adam with an inhaler similar to the one found at the scene of his son’s murder) and invites Adam to a party at a hotel to celebrate Carlo’s acquittal.

When Adam arrives at the party, Jimmy calls Desiato and implies that he’s going to kill Adam. What he does, however, may even be worse for the judge, which is that Jimmy seems to invite Adam into his family. As in, he’s going to bring in the judge’s son and turn him into a mobster.

This ending would have been fitting, a sort of poetic justice for Judge Desiato. He corrupted the system in order to ensure that his son escaped the consequences, and so he and his son are ultimately corrupted by the system. He saved his son from being executed by Jimmy Baxter, but not from being recruited into Jimmy Baxter’s criminal organization. It’s not exactly an eye for an eye, but it is a son for a son.

That, alas, is not how Your Honor ends, because in the last 3 minutes, Eugene — the little brother of Kofi — also shows up at the party celebrating Carlo’s acquittal, and he has a gun. Eugene, who is maybe 15 years old, decides to take justice into his own hands and kill Carlo himself. He takes aim and he shoots, but he misses Carlo Baxter. Instead, he shoots Adam in the neck.

Adam suffocates in his own blood while Michael cries out in agony. End credits.

For ten episodes, Michael pulls out every stop at his disposal to protect his son, and in the series’ last 20 seconds, his son is killed off in an accident. There’s some poetic justice in that fate, as well, but it still sucks, and given everything else that’s going on in the world, I have no idea why anyone would want to watch this series right now.

Peter Moffat calls it “Shakespearean.” I call it “bleak for bleak’s sake.”