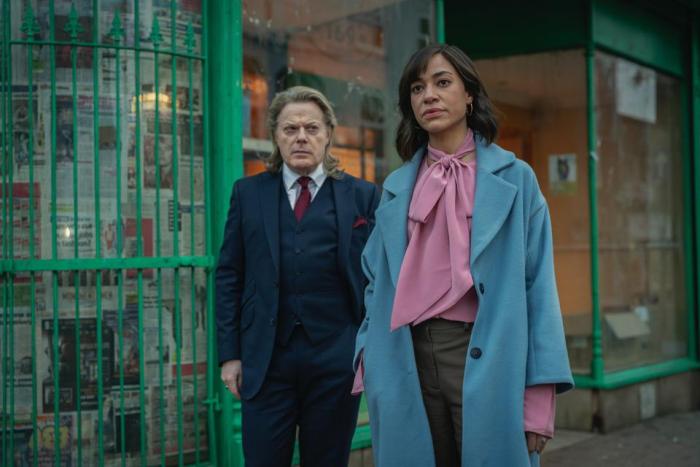 The Ending of Harlan Coben's 'Stay Close' on Netflix Explained

I watch all the Harlan Coben shows, and they are what can be best described as perfectly serviceable. They’re addictive, nifty, little mysteries with very little personality that go down easy and satisfy a particular itch. They’re a lot like … Harlan Coben novels. They kill time, don’t offend, provide a modest amount of entertainment value, and can quickly be forgotten. I believe it was Caspar Salmon, a friend and sometimes contributor here, who said of Harlan Coben’s work that it’s “all plot.” That’s accurate.

No shade. There’s a place for adequate television, and I’ll take a binge-able Coben mystery every day over a bland CBS procedural even if they do both feel like they’re churned out in a factory.

The latest, Stay Close, is not my favorite, although it does boast the excellent Cush Jumbo, who keeps popping up in these British mysteries, of which I am now realizing I watch way too many. She is both better than they deserve, but also excellently cast as stolid British women with hidden pasts.

In Stay Close, she plays Megan Pierce, a happily married mother of two with a suburban home and a nice life. Her secret, however, is that she wasn’t always Megan Pierce. She changed her identity and started a new life after a tragic event in her youth. As the series opens, that past is catching up with her again.

That is because her past is connected to a serial killer who has killed again, the first time in several years. Detective Michael Broome — the likewise reliable James Nesbitt — is investigating the disappearance of a man named Carlton, which he connects to the disappearance of another man, Stewart, 17 years prior. Coincidences here are key: Megan had a connection to Stewart — his murder is what provoked her to change her identity — while her daughter, Kayleigh (Bethany Antonia), has a connection to Carlton. He tried to spike her drink. She ended up switching drinks with Carlton, so he ended up spiking himself and soon thereafter disappeared. 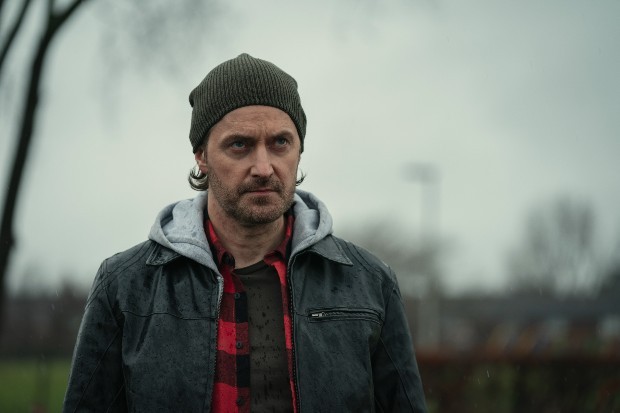 Meanwhile — again, check the coincidences — a photographer by the name of Ray Levine (Richard Armitage, a Harlan Coben regular) taking photos in the woods inadvertently captures a snapshot of Carlton on the day he died, which he presents to Detective Broome. He’s also connected to the first missing person, Stewart, because he was engaged to Megan Pierce in her first life. Then there’s Lorraine (Sarah Parish) a bar owner and close friends with Megan in her former life. She’s dating Detective Broome in the present, who has reason to suspect that Megan is involved in both murders. Harry Sutton (Eddie Izzard), a lawyer with a heart of gold and a bad drug problem, is also connected to Megan’s past life, and she seeks him out in the present to deal with her situation.

It’s coincidences galore! There’s also Ken (Hyoie O’Grady) and Barbie (Poppy Gilbert), some strange murderous characters straight out of a Lifetime version of Clockwork Orange hired by the father of Carlton to track down the people responsible for his missing son. They are completely out of character for a Harlan Coben series and make almost no sense, but they do provide a flourish of unexpected personality. I’ll also say that I didn’t see the twist coming, which I suppose makes Stay Close a successful Coben series.

For those who can’t bring themselves to stick around until the end, here’s the spoiler portion of the proceeding: The Ending of Stay Close explained. 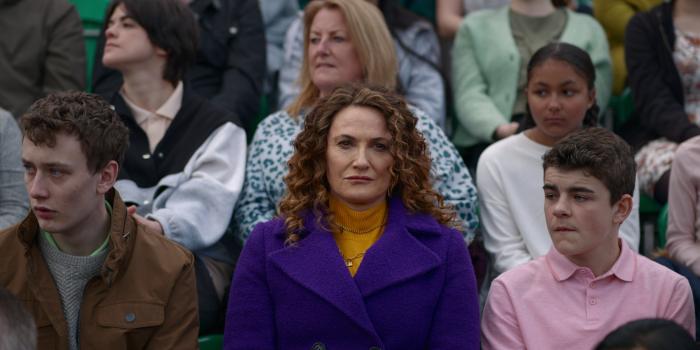 The serial killer is … Lorraine, the bar owner, friend of Megan, and girlfriend of Detective Broome. She was sexually abused and traumatized in her youth causing her to miscarry. As a form of revenge, she vowed to continue killing shitty men in her bar and did so once a year. She hid a whole pile of bodies in an underground tunnel. She was under Detective Broome’s nose the whole time — he was in love with her, after all. She had no regrets, and she won’t spend much time in prison because she has terminal cancer.

Interestingly, she is not responsible for the death of Carlton, the central mystery of the series. After he tried to spike the drink of Megan’s daughter, Kayleigh, and she switched drinks with him, Carlton came out of the bar all stumbly and drunk. Kayleigh and her friend stuffed him in the trunk of a car. Kayleigh then called her dad to help her out of a mess. He ditched the car in a river, although he did not know that Carlton was in the trunk. Carlton’s death was accidental. Lorraine, however, took the fall.


← A Producer on 'Yellowjackets' Made a Comment Critical of Melanie Lynskey's Body | With 'Brazen,' Netflix Uses the TV Movie Cookie Cutter to Make its Own Batch of Vanilla Snacks →