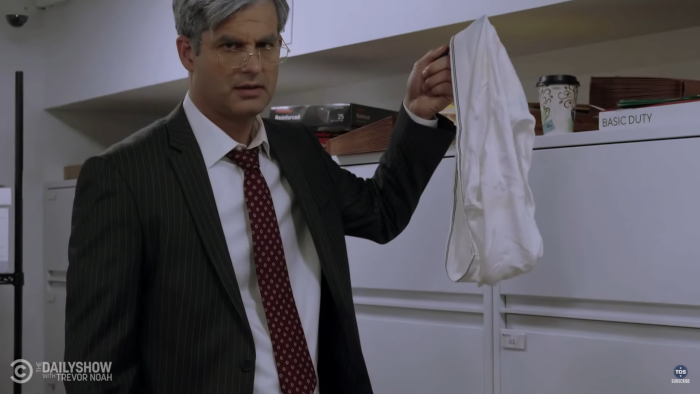 Trevor Noah will be leaving The Daily Show in December. Until then, things are full steam ahead for the long-running comedy show. In the most recent episode, the crew set their sights on the unenviable position of Judge Raymond Dearie. Dearie was assigned as a Special Master by a TFG-appointed Judge to look over the federal documents that were seized from TFG’s Florida lair.

It’s also worth mentioning that, when a Special Master was appointed, it seemed like a win for TFG. Dearie was nominated by Republicans’ former favorite Golden Calf, Ronald Reagan. Surely he would gum up the works and make it easier for TFG to escape punishment? While we don’t know the outcome yet, Daerie has made it anything but easy, which makes Kosta’s exhausted playing of the judge even funnier.