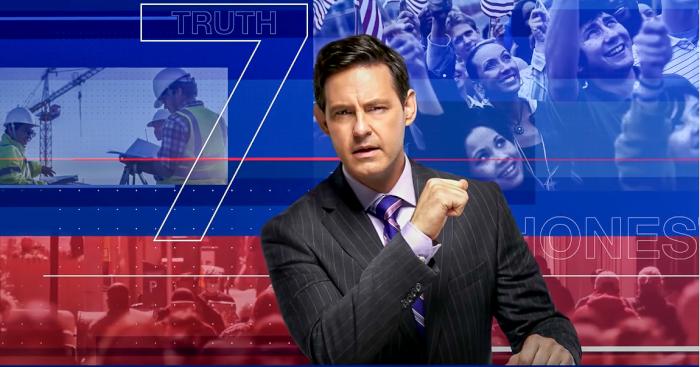 I can’t decide what I like most about Amazon’s little glimpses into The Boys’ version of America; the smarmy Tucker Carlson clone, Cameron Coleman; the music videos for A-Train banger ‘Faster’ and Starlight’s Christian rock ‘Never Truly Vanish’; or that the clips are so hi-res that I can get clear screenshots for once. The important thing is they’re here to tide us over until Amazon provides us a season 3 premiere date. Here is September’s news update, released on the 7th (it’s been a busy month, sue me).

You have to give Amazon credit; for an evil megacorporation in a race with Disney to control as much intellectual property as possible, they’re pretty good at parodying themselves. It no doubt helps that they can make fun of Fox News at the same time. We start with the almost certainly AOC-inspired NY Congresswoman Victoria Neuman gives a statement on the joint federal and Vought venture to rein in violent supers. Neuman, of course, was last seen exploding heads at Congressional hearings, so it’s a bit like putting a fox in charge of the henhouse. The Vought “Gal Gear” pink guns bit only misses out on being a solid parody because it hits too close to home; pink guns are already a depressingly effective way of selling childish firearms to incompetent owners. 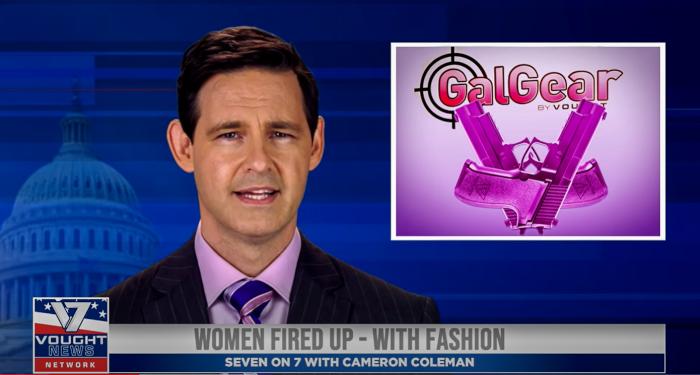 From there we’ve got updates on A-Train’s popular music video, Homelander shilling fast food, a commercial for Vought+ cable\streaming television, and my personal favorite, the opening of “Brave Maeve’s Inclusive Kingdom,” a pandering so obvious I’m amazed Disney hasn’t opened something like it already. 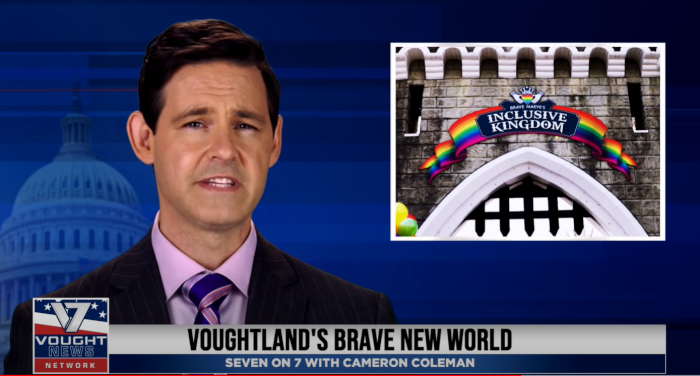 There’s still no word on a premiere date for season 3 of The Boys, though a holiday release seems likely. It better be soon; Dustin can only rewatch Supernatural so many times before his Jensen Ackles crush demands more content.


← Watch the Trailer for Steven Spielberg's 'West Side Story' Starring Ansel Elgort | 'Y: The Last Man' And 'Ted Lasso' On This Week's Podjiba! →