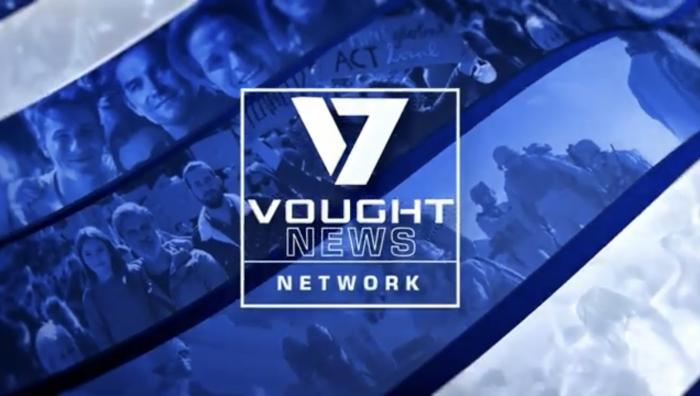 I first moved to New York City in the fall of 2007. At that time, hype for a little movie called The Dark Knight was palpable. Rumors swirled about Heath Ledger’s performance, Christian Bale’s new Batsuit, and the mysterious details surrounding Aaron Eckhart’s Harvey Dent. Warner Brothers capitalized on that hype by running several viral marketing campaigns. NYC was littered with Dent campaign posters and stickers, I even scored a Gotham Newspaper at a screening of the first six minutes for the film. All that to say, I’m a sucker for good viral marketing!

It should come as no surprise that the new video put out by the team behind Amazon’s The Boys has landed me hook, line, and sinker!

Season 2 of the successful superhero satire ended with several cliffhangers. In an attempt to tide us over until we get some answers, a new video has been released by the fictional Vought International. Specifically for their Vought News Network. In the fictional news segment, anchor Cameron Coleman catches us up on what happened at the end of Season 2 (which I’ll leave out as to avoid spoilers) and teases what to expect with Season 3. We even get an idea as to what some of our favorite characters have been up to in the interim.

What I will say is that Vought is an evil corporation in the show and that this video, which gives them a FOX News type “news” network is pretty spot on. If you’ve watched the show, you’ll know that the anchor is flat out lying for most of the bit. The comparison to FOX News is SO strong, we even get a hilarious parody of everyone’s least favorite pillow maker and insurrectionist Mike Lindell.

I am beyond thrilled to see where this viral marketing will go next. It’s a wonderful way to both build up the already rich world of the show while giving us enough of a tease until we get new episodes. Apparently, I’m a part of this kind of video’s target market. I’m happier for it.

← Listen, Conan: No One Actually Likes Cancel Culture | Stream It or Nah: Netflix's 'Dynasty Warriors' Just Cannot Pull It Together →