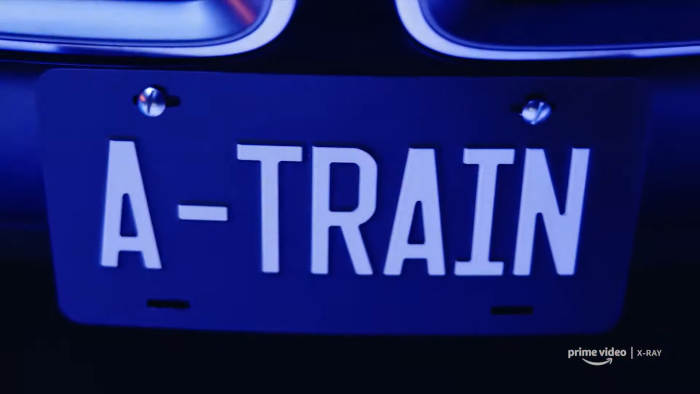 I absolutely love good, fake music. I’m all in when a movie or TV show introduces a song that could easily exist in the real world but is still rooted in a fictional one. It’s fun, creative, and not as easy as you may think. A delicate balance needs to be struck between parody and homage. If you’re able to strike that balance and make a video along with it? Hook it into my veins.

That’s what we’re getting with the new Faster music video for A-Train, a speedster character from the Amazon show The Boys. The Boys is a show that already expertly blurs the lines between reality and fiction. This is just another example of that. We’ve seen a music video for the character Starlight’s song Translucent, a fake movie within the show that bears a striking resemblance to a certain director, even short news segments from the fictional Vought Network.

All of this is ramping up the premiere of Season 3 which will feature a bearded and jacked Jensen Ackles (You’re welcome, Dustin). Excitement for the new season is at an all-time high and more content like this will only push it further. How they have built up the world makes it feel more and more like a viable franchise. It accentuates its viability as a form of escapism. It’s just … really friggin’ cool.

At this point, I would like music videos from every member of The Seven. No matter how screwed up those videos would inevitably get. Heck, they can even use real songs if they want to. I think we’d all be interested in seeing Homelander’s take on Milkshake…

← 'Clueless' Has the Most Accurate Teen Seduction Scene Ever | My Name is Giovanni Giorgio: Silly YouTube Memes Still Exist →