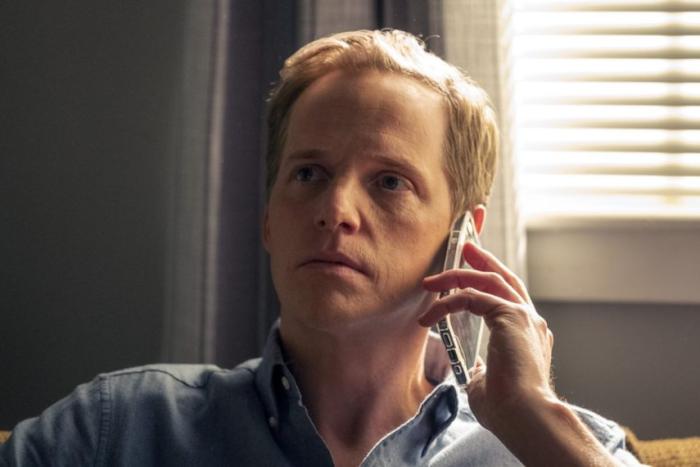 It’s been a weird season of This Is Us, set during a weird year of … life. The season started late because of the pandemic, its episode order was cut short because of the pandemic, and it never really had much by way of a sense of urgency, whether that was pandemic related or not. I’m not going to say it was a filler season, but it was a filler season. Randall found out more about his birth mother, who he learned only died relatively recently; Toby and Kate adopted a baby (and we experienced a very rote adoption storyline) and continued to experience some marital difficulties; and Kevin and Madison had twins and spent most of the season working toward their wedding, although honestly we never really had the sense that they belonged together. Rebecca, meanwhile, ended last season with early-onset Alzheimers, and that storyline was mostly put aside this season, although we know that Kevin will build her the house that Jack promised her, where she will die in 14 years hence.

For those who no longer watch This Is Us, but are still interested in what’s going on, here’s how the season finale went down. Kevin and Madison did not get married. They called it off on their actual wedding day. It didn’t even feel like that big of a deal. It was the ending that Jerry Maguire (referenced in last week’s episode) should have had after Renee Zellwegger realized that Tom Cruise was in love with the idea of family, but not actually her. That was Kevin. And Madison sniffed it out, and she called off the wedding.

Randall has been dealing with a lot of identity issues this season — as a Black member of an otherwise white family — and in addition to learning more about his biological mother, he made amends with Kate, then Kevin, and then Rebecca, all of whom eventually owned up to past mistakes and microaggressions. Rebecca again apologized for keeping Randall’s past from him, he forgave her, and I think we can put Randall’s birth family behind us now.

As for Kate and Toby? Toby has been struggling with unemployment all season long — and being an unfulfilled stay-at-home Dad — while Kate got a dream gig as a music teacher working for a character named Phillip (Chris Geere), who I think only appeared once or twice prior to this episode (and in a mask). Things have been not great between Kate and Toby, and in the finale, Toby took a job that will require that he work in San Francisco three days a week. Kate wasn’t thrilled about it, but the two agreed to make it work.

They do not make it work.

Cut to the season-ending flash-forward, several years hence, and we are at another wedding: Kate and Phillip’s wedding. What?! It’s being officiated by Kevin, who is clearly on good terms with Madison (which is good, since they’d be co-parenting their twins). This jibes with the other flash-forward on Rebecca’s deathbed when Randall calls up Toby and asks him to join them, but Toby is reluctant to do so because he’s afraid Kate won’t want him there.

Kevin, however, does have a wedding ring on in the future, and while it is possible that he and Madison got married, nobody actually believes that Kevin won’t ultimately end up with Sophie. She’s been end-goals since the beginning. Meanwhile, in the future, Kevin also pulls out a card that says Big Three Homes, A Pearson Family Construction Company, which suggests that maybe he got into the construction business, as well. We also learn in this episode that it was Rebecca’s idea to ask Kevin to build her the dream home that Jack had wanted to give her.

We don’t learn too much about Randall, except that we see him pictured in a New Yorker article that calls him a “Rising Star,” which presumably references Randall’s political career. We also find out that Uncle Nicky (Jack’s brother) is married, and it may be to Sally, a childhood sweetheart that he was contemplating reaching out to in last week’s episode.


← 'The Handmaid's Tale' Recap: I've A Feeling We're Not In Gilead Anymore | 5 Shows After Dark: 'Friends: The Reunion' on HBO Max, 'Top Chef Amateurs' on Bravo →