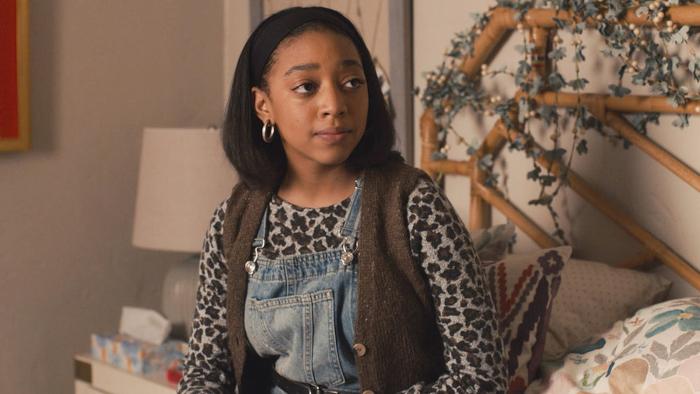 What's Going On Over on 'This Is Us'?

Some of you — particularly those of you who have severed the cord and/or who don’t subscribe to Hulu — may not realize that This Is Us is still on, much less in the midst of its fifth season. The show that America turned toward for comfort at the outset of the Trump Administration continues to provide a little of that comfort as the pandemic winds down, although the staggered schedule of This Is Us provides little in the way of week-to-week consistency.

So, what’s going on with This Is Us? Honestly, not a lot. Jack is still dead in the present. Rebecca is still on her death bed in the distant future (10 years, I’d say) while suffering from early-onset Alzheimers in the present, although that storyline has been largely ignored this season.

Kevin, meanwhile, is engaged to Madison, who just gave birth to twins (Nick and Franny). Speaking of which, Jack’s brother and Kevin’s uncle, Nick, has moved in with Kevin, and he is helping to plan Kevin and Madison’s wedding (in this week’s episode, he tussled a little with Saint Miguel, because he wrongly believed that Miguel swooped in and stole his brother’s wife). Madison, alas, is still a bit of a blank slate compared to Kevin’s previous girlfriends, bless, which leads me to believe that Madison and Kevin won’t marry, despite how committed Kevin is to the relationship (he recently quit a DeNiro movie mid-production to be with his family). It’s in no way the fault of the actress (Caitlin Thompson), but Kevin is a much less interesting character now that he’s newly settled, where his most pressing problem seems to be living up to the memory of his father. I also feel like the writers don’t want us to invest too much into Madison because she may not be around consistently in season six.

Elsewhere, Randall (clearly) doesn’t have a problem living in his father’s shadow, as he continues to be a wonderful father. The conflict in Randall and Beth’s family doesn’t have the same sense of urgency as last year when their marriage was strained because Randall was running for office. Randall, however, recently learned that his birth mother did not die of a drug overdose, as he previously believed, but managed to live many more years, although even she has recently passed, leaving Randall her house and a modicum of closure. Randall has also recently joined a transracial adoptee support group — his storyline this season has centered on identity, and he and Kevin — who have mended fences but whose relationship is still fragile — are due to have another big talk about how he and Kate too often overlooked Randall’s race in their childhood.

Randall and Beth’s daughter Tess is out as a lesbian, and in this week’s episode, Beth had to grapple with Tess dating someone who is non-binary, although it turns out that Beth’s mother, Mama C. (Phylicia Rashad) — who has moved in with Randall and Beth — is more woke than Beth. Deja, elsewhere, is still dating Malik, who himself is trying to contend with the fact that his ex-girlfriend, and the mother of his child, wants to be involved in their baby’s life. That’s probably a lot for Deja — who is like 16 years old — to deal with.

Finally, where it concerns Kate and Toby, they adopted another child; Toby lost his job, and now Kate is working as a teacher to support them, which has been difficult for Toby, who loves his kids but doesn’t love spending 10 hours a day with them. Chris Geere (You’re the Worst) was on this week’s episode, playing Kate’s new boss, but he wore a mask the entire time, so unless you know Chris Geere’s eyes well (as I do), you’d have no idea it was him.

All in all, it’s been a fairly lackluster season, although that seems due in part to COVID. The separate branches of the family often feel isolated from one another, which makes sense because that’s exactly what would have happened in reality. There are a lot of storylines that involve only two or three characters in a room, or in a car, and the entire Pearson clan hasn’t really been able to bring it together for a big family episode. That may come later with Kevin and Madison’s wedding, although — again — I am skeptical of that happening. This season, ultimately, feels a bit like a gap filler.

← Jimmy Fallon's Fake Laugh Is Not Good | Scott Rudin, Another Hollywood Bully, Has Been Publicly Exposed →