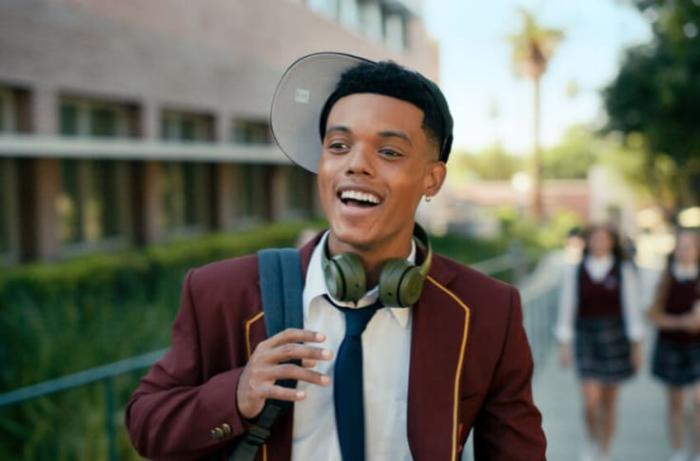 Stream It Or Nah: Peacock's 'The Fresh Prince' Reboot, 'Bel-Air'

I was as skeptical as anyone about a “dark and gritty” reboot of Will Smith’s ’90s sitcom, Fresh Prince of Bel-Air, which ran for 148 episodes and worked because of the goofy charm of young Will Smith, the breezy tone of the series, and the broad, laugh-track comedy. It was comfort television at its finest, a show that new generations have been vegging out to after school for over 30 years.

Bel-Air is not that, but trying to be what the original Fresh Prince was would have been a folly. You can’t repeat that. Cast chemistry and the brand of comedy of a specific era cannot be duplicated (see How I Met Your Father). Leaning into the dramatic realities of the original’s premise seemed the only way to go, and in Bel-Air, the results are mixed. It’s exactly the kind of show I anticipated, but it also works better than I expected.

Bel-Air doesn’t screw around with its premise, either. Will Smith (Jabari Banks) — an honors student poised to enter a Division 1 school with a basketball scholarship — gets in a scrape with a West Philly gang member on the basketball court. When his best friend Tray (Stevonte Hart) is jumped by multiple people, Will takes a gun out of Tray’s backpack and shoots it into the air to break up the scrum. The police arrive, and both Will and the gang member are arrested.

Will’s mom, however, pulls strings with Will’s uncle in Bel-Air and gets Will out of jail, but not before the gang member puts a hit out on him. To avoid being murdered, Will moves across the country and takes up residence with his wealthy aunt, uncle, and cousins, who are not immediately welcoming. Uncle Phil (Adrian Holmes) is running for district attorney and is concerned that Will will interfere with his campaign, while cousin Carlton despises Will from jump, especially after Will goes after one of Carlton’s wealthy white friends for using the N-word. While Phil eventually warms to Will, Carlton hasn’t. He’s the series’ main antagonist, and the trajectory of the series suggests that Carlton needs to evolve more than anyone. He’s also not the Carlton-dance type; he’s a classist asshole who is constantly trying to derail Will, although Will doesn’t help matters by hitting on Carlton’s ex-girlfriend and undermining Carlton’s prom king status. 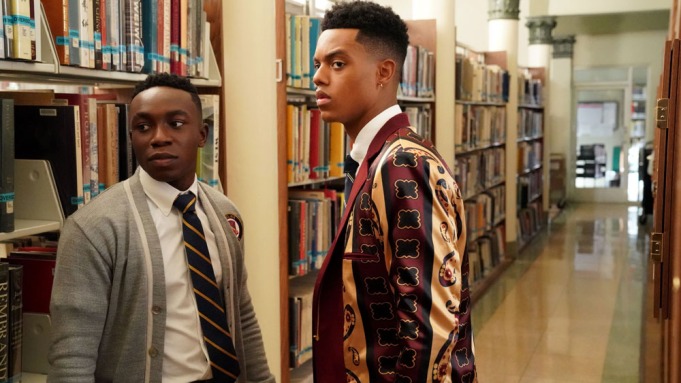 Meanwhile, the gang threat from Philly remains (in the social media age, 3,000 miles is not far enough away), and Will has to navigate a wealthy, elite private school where Will is seen as riffraff. Hilary (Coco Jones), meanwhile, is an aspiring influencer with a loving but uneasy relationship with her parents who are skeptical of her career choices, while Ashley Banks (Akira Akbar) is a 12-year-old who hasn’t gotten up to no-good just yet. Geoffrey (Jimmy Akingbola), interestingly, is Uncle Phil’s quiet but menacing fixer.

Jabari Banks is surprisingly good in the role — he’s sweet, immediately likable, and has plenty of West Philly swagger but an occasional temper that gets him into trouble. Olly Sholotan’s Carlton is pure evil, and in a serialized drama, the show is better for having a consistent villain. There’s even a Jazz (Jordan L. Jones), an Uber driver, owner of a record store, and potential love interest for Hilary. If you ask me, though, Cassandra Freeman’s Aunt Viv is the glue that holds the show together: She’s West Philly, born and raised, but offers Will an example of someone who could adapt to Bel-Air while remaining true to herself.

It’s not a great reboot: The writing is thin, and after only four episodes, it’s already starting to fall into familiar patterns: Working out beef between Will and Carlton; Hilary trying to elevate her influencer career; Viv attempting to redefine herself as someone other than a wife and mother; and a heavy reliance on Phil’s D.A. campaign and Will’s ability to connect his wealthy uncle to the non-wealthy Black voters of Bel-Air. Still, like the original, it gets by on the charm of its lead, the immediate distaste for Carlton, and the warmth and loveliness of Aunt Viv (if Cassandra Freeman is recast, there will be hell to pay). Bel-Air could never live up to the original, but it has some things to say race and class, and while I wouldn’t categorize it as comfort TV, it is nevertheless an easy watching experience, especially once it dispatches with the not-so-sly nods to the original series.


← 'What Is the Best Movie You've Seen That Features Two Equally Brilliant Performances?' | Theory: This Is Who Murdered Xavier in 'The Afterparty' [Potential Spoilers] →