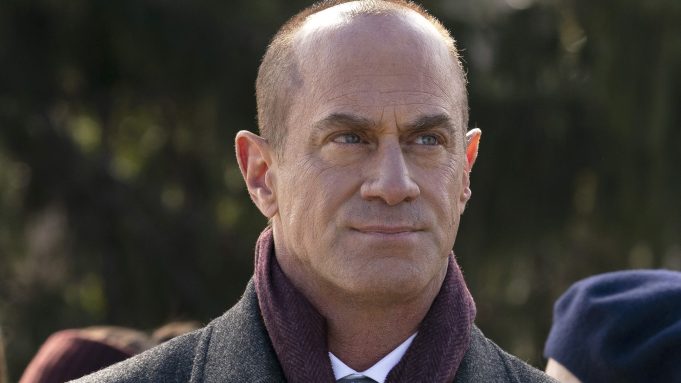 Stabler is Stabler, but 'Law & Order: Organized Crime' Is Not Like the Others

Confession: I’ve seen every episode of the original Law & Order, but I have only seen a handful of all the other iterations. Lennie Briscoe and Mike Logan notwithstanding, I was more interested in the “Order” than the “Law,” and save for the short-lived Trial by Jury, the other spin-offs were far more concerned with “Law.”

Christopher Meloni’s SVU detective, Elliot Stabler — along with Mariska Hargitay’s Captain Olivia Benson — are almost certainly the most well-known (and well-liked) cops in the Law & Order universe, although the temperamental Stabler probably also represents the epitome of the very copaganda that came under fire after the murder of George Floyd. He’s as close to Jack Bauer as the Law & Order franchise allows.

Meloni also left SVU a decade ago after contract negotiations faltered, and as we learn in the SVU lead into Meloni’s new series, Law & Order: Organized Crime, Stabler and Benson haven’t spoken since then. Stabler left SVU off-screen, and aside from our knowledge of their challenging relationship, we’re not given much in the way of details (typical of L&O), except that Stabler still thought enough of Benson to return from Rome — where he worked as an NYPD liaison — to attend an awards ceremony for Benson.

Stabler doesn’t make it to the awards ceremony. In fact, neither does Benson, because Stabler’s wife, Kathy (Isabel Gillies), is killed by a car bomb that may or may not have been intended for Stabler. In the SVU episode, Benson and Stabler manage to locate the low-level thug responsible for the bombing, but he’s given a hot-shot in Rikers before they can climb up the ladder to find out who is responsible.

That starts in the first episode of Law & Order: Organized Crime, which reveals that this Law & Order is not like the others — it’s missing some of the trappings, and specifically, it appears as though it will be serialized instead of following the typical case-of-the-week format (at least for now). This may be annoying to some who find comfort in the familiar, and annoying to others in just how dense the pilot is, which is mostly about welcoming Stabler back to a new unit and introducing the season-long big bad, Richard Wheatley (Dylan McDermot).

Wheatley’s dad (Chazz Palminteri) is old-school mafia, but Wheatley himself distributes narcotics and launders them through a legitimate online pharmacy; he’s a big philanthropist; and he’s married to a Black woman, which makes him “woke,” unlike his racist father, whom Wheatley eventually kills on a Ferris wheel … because of his father’s racism, but also to establish that Richard Wheatley — despite looking like Dylan McDermott — is a bad man.

Stabler is not quite an afterthought in the pilot, but his storyline weirdly isn’t as compelling as Wheatley’s. He basically fibs his way onto the Organized Crime unit while also trying to gain information about Richard Wheatley and his wife’s murder from Wheatley’s ex-wife, who is also Black, which the show again goes out of its way to mention, if only to illustrate that Wheatley is a lot of things, but he is not a racist. The ex-wife also gets shot at by a drive-by motorcycle, but Stabler saves her and practices enough restraint not to shoot the motorcycle as he’s driving away. Growth!

To be honest, it’s a bit of a mess, and particularly frustrating for those who might have hoped for a self-contained story. But Meloni is Meloni, and McDermott makes for a great rich-guy scumbag, so despite the generic nature of the storyline — and the fact that the supporting cast hasn’t really been established yet — it’s still a decent watch, and I have every intention of remaining on board for a few episodes to see where it’s going.