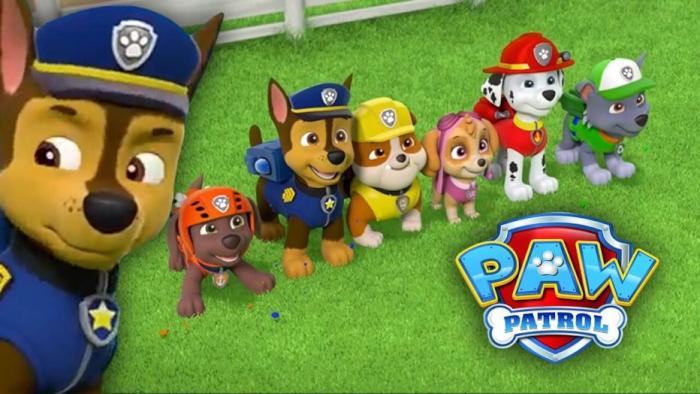 Oh Shut Up, Snowflakes: No One Is Coming for Your 'Paw Patrol'

A couple of days ago, the NYTimes — an arrogant, vainglorious publication that assumes that everyone must read past the headline — posted an article called, “The Protests Come for ‘Paw Patrol’.” The piece was pegged to two randos on Twitter joking about Paw Patrol being canceled amid protests against police brutality and the murder of George Floyd, but the actual piece was about the backlash against copaganda — shows like Cops and Live PD (both of which were canceled this week) that glorify and encourage police violence — and even shows like Brooklyn Nine Nine, which normalizes wrongful actions and treats cops and good-natured heroes.

Twitter randos mean nothing (the other one woman, in fact, was able to get #JohnKrasinskiisOverParty trending the other day based on the fact that she didn’t like him and wanted to start the hashtag, which did go viral but nearly every tweet was in opposition to this woman for trying to cancel Krasinski). Here, the Times piece was never really about Paw Patrol, anyway, but they nevertheless threw a fastball down the middle for conservative media, like Fox News, where Tucker Carlson is facing another round of advertiser losses (who is still advertising on that goddamn show?). 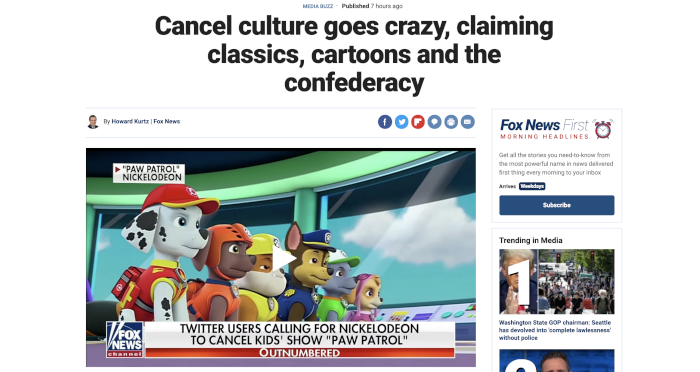 Let’s be clear: Nobody is coming for Paw Patrol. Paw Patrol isn’t even about cops — it has a police officer dog on it, but it also has a firefighter and paramedic, a construction dog, a recycling dog, an aviator dog, an aquatic rescue pup, and a jungle rescue pup, among others. It’s a benign Canadian kid’s cartoon and honestly, no one cares enough about Paw Patrol to go after Paw Patrol. It’s blithe and insipid. If Paw Patrol wanted to replace the police dog with a social-worker dog, however, who would complain? Besides, there’s better stuff for your 3-year-old to watch, anyway, like Storybots or Daniel Tiger or Yo Gabba Gabba, Sid the Science Kid, Dora, Esme and Roy or Doc McStuffins. Meanwhile, if you want to go after someone, go after f**king Caillou, that whiny, bald motherf**ker. He should have been canceled a long time ago.