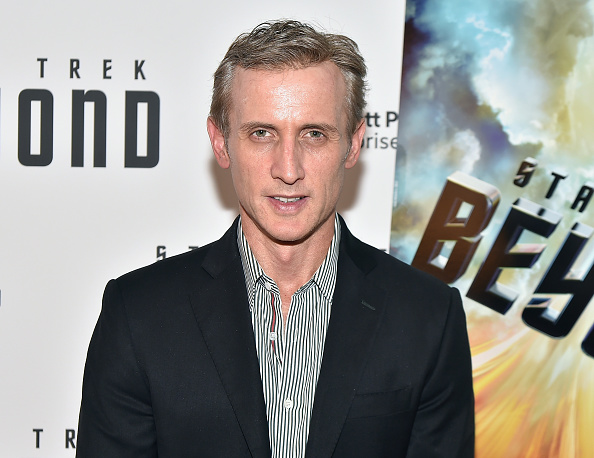 Last year, a 40-year-old Black man and father of two, Javier Ambler, was pursued by police officers for failing to dim his headlights to oncoming traffic while coming home from a friendly poker game in Williamson County, Texas. Twenty-eight minutes later, Ambler was dead after police tased him four times even as he warned officers that he had congestive heart failure, could not breathe, and begged for his life. “Save me,” he said.

“I can’t,” were his final words before he died, unable even to finish his final sentence.

The death did not make the headlines. Until last week, the family of Ambler had very few answers. They knew only that he had died in police custody after he had been pursued for a minor traffic violation. His family — and the rest of the world — is now learning more after police bodycam footage was finally released. The video can be seen here (Warning: It’s disturbing and very upsetting).

The District Attorney is investigating the case, and she says that her office was repeatedly stonewalled in its attempts to gain body cam footage. (It is unclear if she has been doggedly pursuing this case for the last year, or if this was a timely case of political opportunism).

“…fighting with the sheriffs office…”? No; You’ve colluded with them 2 bury this murder. That’s much more apt, considering U could’ve served them with a subpoena duches tecum all year. Accept responsibility 4 your own inaction. We’ll no longer tolerate the pass-the-buck game.

What is clear, however, is that the show Live P.D. — a Cops-like reality docuseries on A&E hosted by Dan Abrams, who brags about the show’s “transparency in policing” — destroyed footage of Ambler’s death (the footage was not aired). As the network told the Austin Statesman, “as is the case with all footage taken by Live PD producers, we no longer retained the unaired footage after learning that the investigation had concluded.” That’s interesting because the District Attorney seems to suggest that the investigation is still ongoing. One would imagine that hanging on to evidence of a potential homicide might also be the ethical thing to do.

Abrams — who also serves as the Chief Legal Affairs anchor for ABC News — is using Twitter to shift the blame toward the District Attorney’s office.

.@statesman should really focus on the death of Javier Ambler and on the fact that DA @ElectMargaret (note the twitter handle) is suddenly focused on this now even though she had the body cam footage for over a year? Their reporting on #LivePd has been a journalistic disaster. https://t.co/qLcyeE8lnS

Curious that Live P.D. would destroy footage of Ambler’s death, as questions would certainly arise if the footage were released or aired, such as: Does being the focus of a reality television show encourage police officers to ignore police procedures to play for the camera? Why would police officers otherwise pursue a Black man for 20-minutes over a minor traffic violation, and tase him four times?

Some of the ethical questions surrounding shows like Live P.D. and Cops were raised in an episode of This American Life last year that coincidentally aired two months after Ambler’s death. Meanwhile, the Williamson County Sheriff, Robert Chody — the winner of an $85 million lottery 17 years ago — is often accused of putting cable TV stardom over public safety. Robert Chody is being asked to resign over Ambler’s death. He, like Abrams, is trying to pin the blame on the District Attorney rather than accept any responsibility for another pointless and senseless death, this one potentially motivated not just by systemic racism but the glare of documentary television cameras.

Two figures explain why DA Moore is blaming the WilCo Sheriff Dept. for her failure on the Ambler investigation: Garza 44% and Moore 41%. She failed to secure Dem nomination and will lose the runoff. She is desperate to blame someone. Dems should call on Moore to resign, not me.

This morning, Dan Abrams continued to express his frustration over the cancelation of the series. “I am frustrated and sad because I truly believed in the mission of the show to provide transparency in policing.” The irony does not get any less rich the more times he says it.

Source: The Statesmen here and here


← All The 'Harry Potter' Stars Who've Denounced J.K. Rowling's Transphobic Tirades, From Daniel Radcliffe And Emma Watson To Percy Weasley | White Celebrities and the NAACP Team Up for an 'I Take Responsibility' PSA →