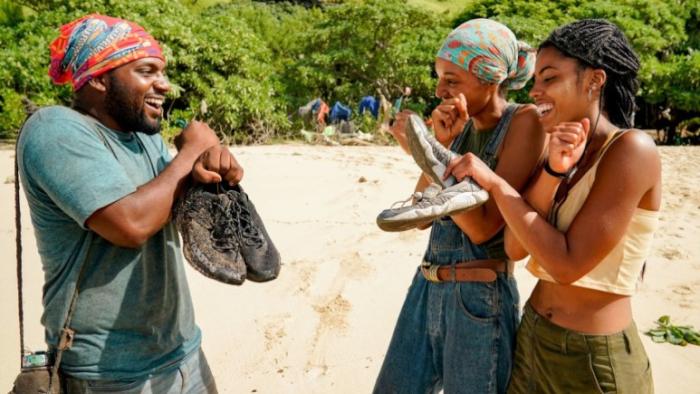 Some Brief Thoughts on This 'Woke' Season of 'Survivor'

After a year-long absence because of the pandemic, Survivor returned this fall following a more-or-less successful 40th season that brought back a bunch of winners to compete for the title of Sole Survivor and a 39th season that incurred controversy after one player sexually harassed some other players. The sexual misconduct generated a lot of Internet wrath (as it deserved) and was particularly disappointing given how much the game has otherwise evolved over 40 seasons (those who may have rewatched old seasons from the beginning will no doubt have noticed that there’s a lot of stuff in the earlier seasons that would set Twitter on fire, including one particularly noxious villain from Alabama who once bragged that the only Black people in his life were his housekeepers).

In more recent years, however, the show has had remarkably nuanced conversations about race and trans issues (even if, in the case of the latter, it was because another player outed a trans contestant). This season it seems that Jeff Probst — who is not only the host but basically the showrunner — wanted to make up for lapses in judgment in season 39 and continue progressing the show forward. In the opening episode, in fact, he decided to retire one of the many longstanding phrases for which he is known: “Come on in, guys!” It’s clear that Probst had made the decision before the premiere aired, but he elicited feedback from players that reinforced his decision to do so.

In doing so, Probst perhaps unintentionally awoke the anti-woke police. There have been a lot of grievances on social media aired about this season of Survivor, but honestly, I don’t think it’s been much about the gameplay or the players (although, the season is perhaps overstuffed with twists). Overnight ratings have dipped some, although you can probably attribute much of that to the fact that more and more people are streaming it on Paramount+ or Hulu the next day. However, conservatives objecting to Probst’s efforts — no matter how slight — to make the game more inclusive are blaming the new “woke” Survivor for the dip. A small but very vocal number of people on social media are making a stink about it. To wit:

Another CBS show with this blatant racism. This show is done. This woke nonsense is unwatchable. The producers and the network set this all up just like they did on BB. Time to move on. R.I.P. #Survivor

There have also been a lot of complaints about “racism” since last week’s episode, but it’s not perhaps what you might think. Those are white people objecting to an alliance that was discussed among four people of color — Danny, Deshawn, Liana, and Shan. The players talked favorably about the inclusiveness of this season, and Shan — a pastor with delightful backstabbing tendencies — expressed appreciation for the fact that an alliance among people of color is possible now (an alliance some of us would love to see because two of those members — Danny and Shan — are among the best players of the season). Do I think they will actually follow through on a POC alliance? Well, this is Survivor. Two members of this same potential alliance also made efforts to create an all-male alliance earlier in the episode. Players will take any alliance as far along as they can, but only if it helps them individually. Danny — a former NFL player and a delightful human being — is the strongest physical player on Survivor, so regardless of which alliance he joins, he will almost certainly be on the bottom, the first to go when the alliance invariably turns on itself.

That’s not the headline, of course. This is:

CBS can you let me know when the trend of replacing white racism with black racism ends, so I can go back to enjoying the regular version of the shows?#Survivor @CBS https://t.co/mptAmnmLFV

I’m done #Survivor . The moment you allow racism on your show, you should be cancelled immediately. Shame on you #cbs

None of these people, naturally, objected to the prospect of an all-male alliance.

White men when male survivors say a woman must be voted out next: 😍💖🙏🏻#survivor

Personally, I’m with Shan — ain’t nobody losing sleep over losing a handful of racist viewers. (I’m also excited to see what Erika does with potentially the biggest no-win advantage of the game anyone has ever had).

When the people say they are done watching Survivor because the show is now “woke” #Survivor #Survivor41 #survivorcbs pic.twitter.com/Z1Yc2MLifM

← Reddit Asks the Question: 'Which Cartoon Character Are You Most Attracted To?' | There's Upper-Tier YouTube Creator Drama and I'm Here For It →