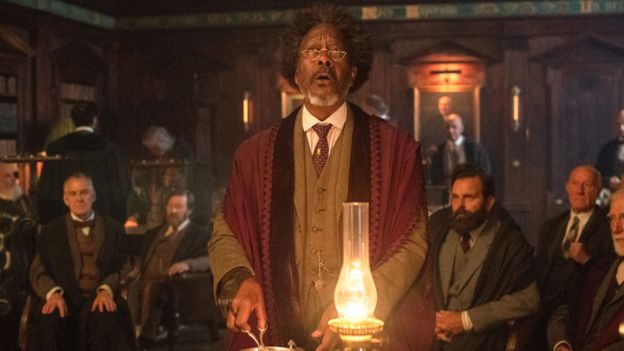 I was really fired up for HBO’s rendition of His Dark Materials.

And then I watched the pilot.

And from there I was just sort of bummed. But I couldn’t really place it. So I did what I always do and defer to the superior insights and eternally bountiful analysis of Roxana Hadadi. It doesn’t matter what she’s reviewing, I trust her. Sometimes the things she tackles are as tough as nails like the recent The Report. Other times it’s fluff like Wine Country where Roxana noticed that everyone was having fun but the viewer. (When I read that I thought: yes! That’s exactly right!”) So with her informative recaps and the fact that her brain can remember all the stuff I’ve forgotten from the Pullman books, I read her recaps and soldiered on.

Then I watched episodes two and three and some tiny kernel of worry took root.

I just haven’t been able to get into this series at all. And I don’t think it’s because the show is bad. In fact, I’m certain it isn’t bad.

But maybe it’s also not … good?

If you’ve read any of my stuff before you’ll know that I’m a huge fan of fantasy and I will die on the hill that television needs more sci-fi and fantasy at all times.

But the wave that usually carries me away on both the fantasy genre and the predictably high quality of an HBO original show just hasn’t happened.

But why? The set pieces are great. The adaptation is loyal. The cinematography is professional if a bit muted and maybe I’m not 100% on board with the temperature and some of the intentionally flat lighting choices. But it’s high quality.

Is the casting in this series…off? Like, universally off?

This not to say the casting directors or the showrunners did a poor job filling the roles. But what it might say is that the actors they chose to cast to fulfill their vision are enough of a stark contrast to the actors in my head that it’s affecting the show for me. 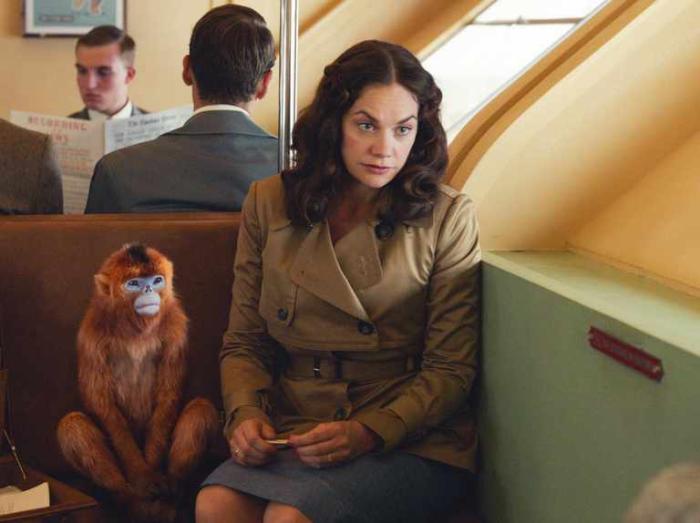 I was thinking that Ruth Wilson is great in everything, including this. And yet she’s just not Mrs. Coulter for me. I can’t seem to get there. From the Amber Spyglass, she is described thusly:

“Corruption and envy and lust for power. Cruelty and coldness. A vicious probing curiosity. Pure, poisonous toxic malice. You have never from your earliest years shown a shred of compassion or sympathy or kindness without calculating how it would return to your advantage. You have tortured and killed without regret or hesitation; you have betrayed and intrigued and gloried in your treachery. You are a cess-pit of moral filth.”

Is Wilson a talented enough actor to encompass this role? Of course. She’s got the chops. But I just haven’t been able to experience it yet. 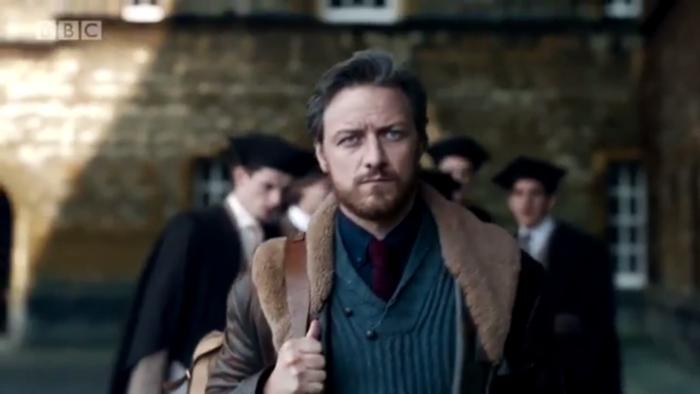 McAvoy’s Lord Asriel? His frenzied, frenetic version of it? Not working for me. I love McAvoy. He’s fantastic. But his Lord Asriel isn’t my Lord Asriel.

Likewise for Daphne Keen. She’s great. I loved her in Logan. She’s crazy talented. But I’m not feeling her as Lyra yet. There’s a perkiness or a twinkle of mischievousness in book-Lyra’s eye that I’m just not getting yet from show-Lyra. 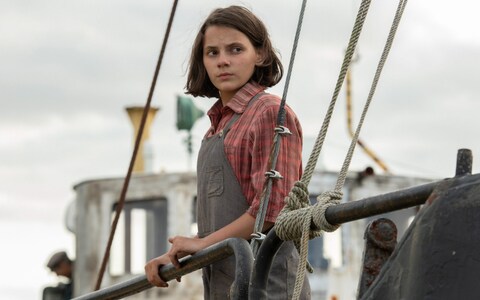 In fact, when I started to think of the casting choices that aligned with my take from the books, I had to start thinking about who I did like since the numbers were so skewed in the wrong direction.

But when I can’t get past the casting of Lyra, Mrs. Coulter and Lord Asriel? Man, that’s a steep hill to climb.

Usually, I’m not a stickler for casting. Usually, I’m the guy that just rolls with it until the quality of the performances amalgamates my preconceived vision with the existing cast and I just accept it.


But this? I don’t know. Maybe I was unnecessarily tipped off months ago when I read that Lin-Manuel was tapped for the role of Lee Scoresby and I thought “wait…what?” I await the reveal of his character like Benedict Arnold before he gave away Ticonderoga. I don’t want to betray you, Lin-Manuel. You are wonderful. But. Um.

Again, the problem for me is, I think, the casting. But what contributes to that is the feeling of a million miles an hour pace, lack of conventional character development to this point (I know the show wants me to care about Lyra and the Gyptians and the various children, but as a viewer, I don’t know them, so I don’t), and just a milieu of general confusion. And I read the books. Some of my non-book reader friends are like WHAT THE HELL IS HAPPENING?

They are lost. They were lost after the pilot and they were even more lost after episode three. Many of them are ready to just give up.

I mean, there’s a lot going on.

On the one hand, you have floating water hobos trying to Magnum P.I. their fishnetted kids back.
On the other hand you have Jordan College, a place with great roofs to run on, I guess, where zany professors arrive in blimps and talk about magic dust.
You have animals everywhere, some of whom talk, but no animal poop anywhere.
You have the Magisterium, which was the big bad in the books, but have been marginalized in the visual adaptation. (Heaven forfend anyone question organized religion in polite modern society.)
You have The North, which only brings back broken, disappointing memories of Game of Thrones.
You have the beautiful Ariyon Bakare as Lord Boreal playing Counterpart and tech stalking some other dude who’s head may or may not have been frozen.


I’m sure I could come up with more. But the crux of it is that when there’s this much confusion, even if you adore the casting, the story is going to fray at the edges. And without the Magisterium as the prime antagonist, I honestly don’t know what this story can ultimately be.

I was looking forward to seeing how HBO and the BBC would tackle this tale, and while my excitement has dimmed quite a bit, I’m still holding out some meager hope that the show will catch up to itself and reach a critical mass of understanding.

Bottom line: I’m rooting for this show. I want it to be good.

So, while we wait for episode four, I’m going to just say a little prayer that the Iorek and Serafina we’ll soon meet are closer to the ones in my head than what the three main cast members turned out to be. Maybe all we need is a little more Dust. Wink wink.

“I literally don’t know what the hell that is.” <—- all my friends.

Let’s just all agree to reserve judgement until we get to the bears, m’kay?

← Review: Tom Hanks' 'A Beautiful Day in the Neighborhood' Is So Much More Than A Mr. Rogers Movie | 'Bohemian Rhapsody' Producer Secures Rights To Make a Michael Jackson Biopic →