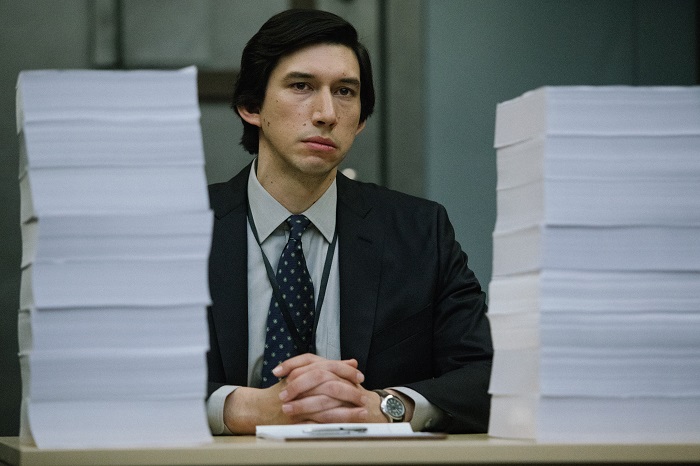 Review: ‘The Report' Is an Enraging, Sobering Reminder of the Shameful Failures of American Policy and Patriotism

How easily we ignore atrocities that are performed in America’s name. How fucking easily. That is the reaction running through my head all these weeks since I saw The Report as my first film at the Toronto International Film Festival. I saw a lot of films I loved at TIFF, but nothing that fucked me up as thoroughly as The Report, nothing that made me feel nearly so angry and so helpless. I wish I could believe that The Report would change anything, but my cynicism is threatening that desire. We forget. We always forget. That’s the point of The Report, and it’s haunting me.

Frequent Steven Soderbergh collaborator Scott Z. Burns wrote and directed The Report, and although the two of them have partnered on some of Soderbergh’s more experimental stuff (The Informant!, Contagion, Side Effects, the truly abysmal The Laundromat), Burns’s solo effort is most in line with Erin Brockovich, a movie that came out nearly a decade before Burns and Soderbergh began working together. That too was a film about a solitary individual figure facing off against an oppressively gigantic force, with a script that laid out the horrendous facts of the case in clear, explicit terms because it knew that the information communicated to audiences could stand alone.

In Erin Brockovich, people were dying as a result of Pacific Gas and Electric Company’s actions, and the company knew and did nothing. In The Report, people are disappearing and dying as a result of the U.S. government’s actions, and the U.S. government not only knew, but it encouraged it. After Sept. 11, 2001, the U.S. government and CIA enacted a torture program and set up secret black sites around the world. The Justice Department figured out a way to make it legal, sort of. The contractors peddling torture techniques based on bullshit psychology ended up making millions of dollars, paid by taxpayers like you and me, for their tactics that never really worked in gathering intel. A couple of people involved in Abu Ghraib went to prison; many, many more did not. Ellen DeGeneres talks about being friends with George W. Bush now, as if he isn’t a war criminal. Our collectively fond memory of President Barack Obama has no room for how he abstained from closing Guantanamo Bay, despite promising to do so for years. I’m getting ahead of myself here, but The Report is a pummeling experience and a reminder of how thoroughly we seem to have wiped this portion of history clean from our understanding of America. It just really fucked me up.

The Report focuses on Daniel J. Jones (Adam Driver, who does quite well as the principled American patriot whose increasing incredulity at his country’s choices gives away to unabashed anger), who during a job interview with government official Denis McDonough (Jon Hamm, the smarmiest he’s been in a while) mentions how he changed all his classes to national security after Sept. 11, 2001. He’s eager to make a difference, to help strike back at the people who struck his country. McDonough advises a few years at the FBI so Jones can gain more experience, and years later, when McDonough is Obama’s chief of staff, Jones has built a reputation as a reliable, objective, ultra-smart historian and researcher, who put in time as an investigator with the bureau.

In 2009, when the Senate Select Committee on Intelligence, led by Chair and U.S. Senator Dianne Feinstein (Annette Bening), decides to start an investigation into the practices of the CIA, Feinstein entrusts the project to Jones. Some reporting is already making waves as a result of leaks regarding the CIA’s use of torture, and the Senate Committee wanted something comprehensive to understand who in the government knew what and when, and who approved what and why. In the locked basement of a guarded building, with a small team of people by his side, Jones gets to work trying to construct the timeline of events and a map of all the players. His investigation into the “enhanced interrogation techniques” is complemented with flashback scenes involving those very people within the CIA, the Justice Department, and the rest of the U.S. government who found loopholes in laws, who ignored international codes of conduct, who ignored what was working in the War on Terror for increasingly barbaric, dehumanizing methods that resulted in those photos of American soldiers grinning at the camera while tortured brown men lie at their feet. 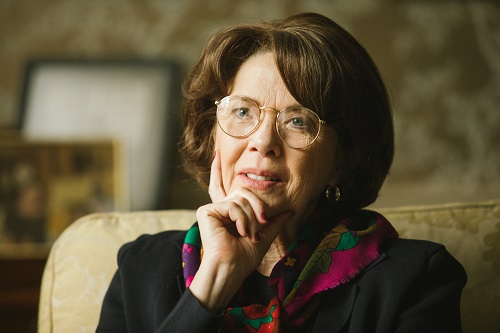 Burns builds this all intentionally, and the formula is repetitive but effective: Jones reads some memo or email that uncovers another layer of this plan and we cut to a scene showing it in action; Jones realizes that the people who helped come up with this plan desperately tried to cover their tracks, sometimes failed, and resorted to increasingly absurd ways of trying to suppress public knowledge of their actions; Jones reports his findings to Feinstein, who reports them to McDonough, who reports them to Obama, who tries to suppress their release. That’s not to say that the movie lets Bush or other figures from his administration off easy (the movie tracks events from 2001 to 2015), but to its credit, The Report does what Jones’s thousands-page-long report also did: Identify everyone involved in this horrible chapter of American history, regardless of political party, and assign them relevant blame.

It’s not an easy viewing experience by any means. Torture isn’t particularly enjoyable to watch. The Report is uncompromising and unyielding and extremely matter of fact, and I appreciated the narrative thrust of its script, the increasingly unhinged performance by Driver (my man is a very effective yeller!), and the grim way the film ends. There are no happy endings here, and The Report doesn’t pretend that there are. In fact, did you know that most everyone involved in organizing and running the CIA torture program moved on with their lives just fine? The war criminals kept on, you know, not being punished for being war criminals? I tweeted this a few months ago:

If you go down the list of characters in The Report, aside from John Yoo, and do some research into their current lives, you’ll want to burn it all down. Psychologists James Elmer Mitchell and Bruce Jessen, who were the primary engineers of interrogation techniques including waterboarding and sleep deprivation, were paid $81 million. Former director of the CIA John Brennan got rebranded as a resistance hero for his feuds with Trump. CIA lawyer John Rizzo, who served during the development of the black sites and helped expand the CIA’s drone-strike program, is a fellow at the conservative Hoover Institution think tank and has a position with a cushy international law firm. Former Director of the National Clandestine Service Jose Rodriguez, who ordered the destruction of torture tapes to hide evidence, was also involved in the death of a detainee—and the ensuing cover-up. He received bonuses for his work, left the government for a position with a consulting company, made money when that company was sold to IBM, and then published a book. And Maura Tierney’s Bernadette, who blithely and enthusiastically goes along with whatever Mitchell and Jessen say, is clearly a stand-in for Gina Haspel, who was confirmed as director of the CIA in 2018.

So: Does watching The Report matter, when so many people got away with so much? I think so. If we can keep making movies to glamorize American valor, like Midway, then we should pay attention to The Report, too—more so, even, because we’re still living with the ramifications of The Report and with the failures of American policy and patriotism. It should piss you off. It should embarrass you. Maybe this time, we won’t forget.

The Report screened at the 2019 Toronto International Film Festival and opened in limited release around the U.S. on Nov. 15. It will expand to additional theaters around the country on Nov. 22 and will hit Amazon Prime streaming on Nov. 29.

← 'Joker' and the Weak Nihilism of Todd Phillips | Julia Roberts Was Once Suggested to Play Harriet Tubman. No, Seriously →