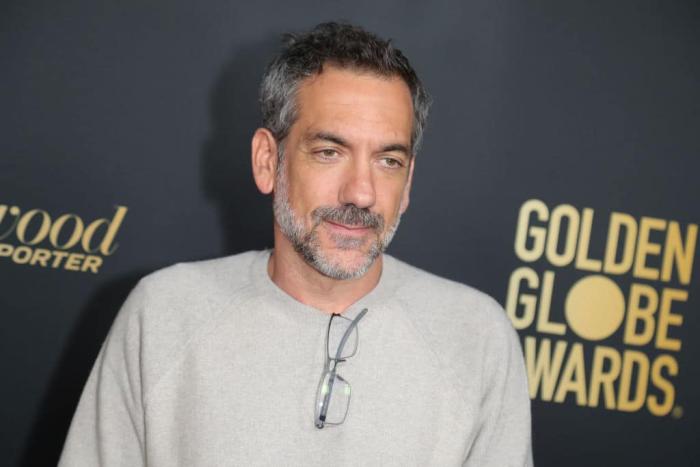 ‘Joker’ and the Weak Nihilism of Todd Phillips

It’s official: Joker has now earned one billion dollars worldwide, making it not only the highest-grossing R-rated movie of all time but, according to several sources, the most profitable comic book movie ever made. After weeks of hot takes and fears over its content and all manner of online nonsense, film has done all that Warner Bros. wanted it to and more. Todd Phillips, the director, took to his Instagram account to thank fans for bringing the movie to this point. Joker is easily the highest-grossing film he’s ever directed, having made a hefty $400 million more than 2011’s The Hangover Part II. It’s fitting that those two movies will stand as the ultimate testament to whatever legacy Phillips leaves behind as a director or, yes I’m going there, auteur. That duo of movies exemplifies everything he has delivered to audiences, the messages he wants to convey, and the methods he uses to do so. Of course, when that message is one of pure undistilled nihilism, what else can one do but sigh?

Critics and fans have spent many weeks trying to dissect what the overall themes and morals of Joker are. The lion’s share of criticism the film has faced is rooted in that ideological muddle. Some feared the movie would incite incel violence while others saw it more as an Eat The Rich fable. Phillips and star Joaquin Phoenix have been happy to encourage multiple readings of the movie, which isn’t a bad strategy, but it overlooks the truth of Joker: The message is nihilism itself, even as the script tries to quickly tack on a social message about isolation and the wealth gap. Nothing matters. You wouldn’t get it.

Truthfully, I don’t even think Joker is the bleakest of most nihilistic movie Phillips has ever made. For me, that dubious honor falls to The Hangover: Part II, film so unrelentingly dark and bitter that you walk away from it wondering if Phillips yearns for the annihilation of humanity. The first Hangover movie, released in 2009, was never my thing — my parents love it — but I understand its appeal. There are plenty of solid jokes, the characters are all well-defined and the entire affair reeks of morning-after regrets of a night out that you can’t decide whether or not you’re glad you forgot about. It’s dark but not inescapably so and rises to the level of charm through sheer force of personality thanks to the combination of Bradley Cooper, Ed Helms, and Zach Galifianakis. Making a sequel to such a lightning-in-a-bottle movie, one with an inherently one-off gimmick premise, became inevitable once the box office numbers continued to grow and it won the freaking Golden Globe for Best Comedy/Musical.

Two years later came the sequel, moving the action to Thailand, a concept in and of itself that inspired unease over the potential for inevitably racist, transphobic, and xenophobic ‘jokes’. In that aspect, Phillips and company certainly didn’t let anybody down. Plot and joke-wise, it’s more of the same, but with a hefty side-order of bigotry of nearly every flavor. The trans sex worker scene is played for hilarity and revulsion, playing into the dangerous trope of cis men being ‘tricked’ into sex with trans women and encouraging true disgust at the prospect. Thailand itself is depicted as nothing but a toxic sex den where anything goes. Every character is either utterly useless, purely decorative, or depraved in ways that leave a nasty stain on the imagination. Everyone and everything is bad and the explicit aim of each moment is just baseless provocation. Oh, and Mike Tyson returns because turning a convicted rapist into a cuddly meme of a man is one of this franchise’s many crimes.

In his review of the movie, Roger Ebert said The Hangover: Part II ‘plays like a challenge to the audience’s capacity for raunchiness.’ He also draws attention to a moment in the credits where the characters recreate a very famous war photograph by Eddie Adams featuring the public execution of a Vietcong prisoner by police chief General Nguyễn Ngọc Loan. That’s Phillips’s philosophy in a nutshell: poke and prod and goad people into offense for its own sake. The satisfaction comes from ensuring people are angry or shocked and Phillips seems to prize that more than long-term thought. Escape from the world by embracing the notion that it does nothing but confirm the worst thoughts we have about it.

There is something to be said about using nihilism as an artistic tool. It can be extremely effective in the right hands. It makes sense for a lot of Phillips’s stories too. What is The Hangover if nothing but a reminder that the American comedy blockbuster is built on the backs of imbecilic frat bros who get away with the most disgusting behavior because they learn a vague lesson at the end, only here, the overgrown man-babies of Phillips’s world learn nothing, to the point where they repeat all their worst mistakes twice over. Indeed, Joker is at its most effective when it has the nerve to commit to nihilism as Arthur/Joker’s only salvation from a world that has used and abused him. Of course, the problem with Joker and Phillips’s wider philosophy is that he so often chickens out from carrying it through to its logical storytelling conclusion. Joker has to pretend to be about something.

Hollywood is built on misanthropes. The history of directors working in the medium could easily be boiled down to a history of cranky old dudes getting their way, even as the world around them changes at a quicker pace than they’re ready for. Nowhere was this more evident with Phillips than when he went on his recent rant about how ‘woke culture’ has ruined comedy and rendered him unable to make the films he wants to. Strong words coming from a man working in the traditional studio system whose last movie made a billion dollars. If nothing else, that quote certainly gave away why Phillips’s work is the way it is. It’s all very Ricky Gervais, isn’t it? No depth, no concern for appropriate targets or wider ideas, just meanness because if he can’t be bleak all the time then f*ck everything.

Nihilism is one thing, but the diluted attempt to wield it as a political and creative tool while lacking the guts required to truly commit is just sad. Phillips wants the provocation without the purpose. He wants to mean something while saying nothing. It’s all a big fat joke but the punchline never made an appearance. It’s okay, though: That just means we don’t get it.

← Everything Else You Need To Know About 'Nailed It! Holiday!' Season 2 | Review: 'The Report' Names the War Criminals Who Got Away →