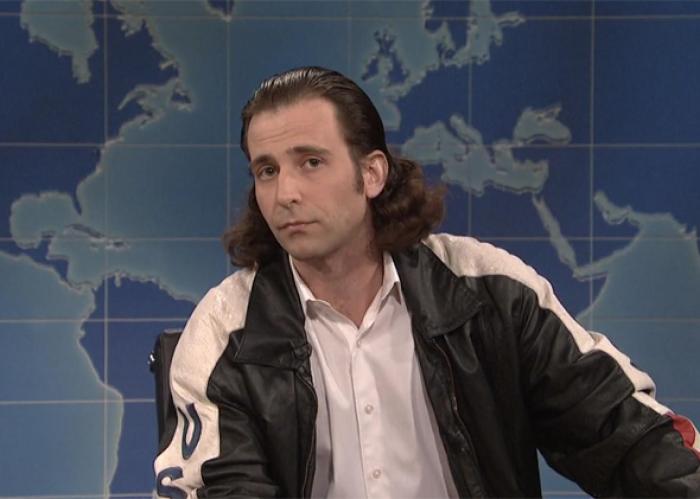 'SNL' Loses Two Cast Members, Neither of Which Are Kyle Mooney

Saturday Night Live, which will kick off its 47th season on October 2nd with host Owen Wilson (THIS SATURDAY), has announced its new departures and arrivals. Surprisingly, the departures do not include any of the cast members expected to leave at the end of the 46th season, namely Kate McKinnon, Cecily Strong, Aidy Bryant, Pete Davidson, Colin Jost, and Kenan Thompson.

They will all return, as will the rest of the cast, except for cast member Beck Bennett and featured player Lauren Holt. Bennett is a big loss for the series in terms of versatility. He was the go-to douchebag/blowhard white guy, of which there was a lot of need over the last years. The sometimes interchangeable Mikey Day/Alex Moffat do not fill that role nearly as well (despite also playing Don Jr. and Eric Trump). The other loss is Lauren Holt, a featured player who unfortunately didn’t get a lot of opportunities her first year.

On the other hand, Andrew Dismukes is returning, and he’s the Luke Null of Brooks Wheelans. On the plus side, Punkie Johnson is also coming back as a featured player, while break-out star Bowen Yang and Chloe Fineman have been elevated to full cast members.

Sarah Sherman looks like a nice complement to Kyle Mooney. That is not a compliment.