I wrote a short, two-page story back in Mrs. Count’s 10th grade English class about an adorable puppy frolicking through the woods that gets blasted to death by a shotgun in the final paragraph that elicited so much shock and horror in the classroom as I was reading it that I knew right then and there I wanted to be a writer. I went to college for it, in fact, but soon learned my limitations. I’m a fine writer — well short of the level of extraordinary of some of the writers who come through here — I know how to impart an idea, I can occasionally turn a decent phrase, and I know how to deconstruct. But I cannot construct in the way that’s necessary to write a novel. I’ll never be able to do that. I can create scenes and I can define characters, but I do not have the patience or the organizational ability to construct a plot and, on top of that, weave themes throughout it.

The ability to do that absolutely blows my mind, and in the television world, it’s why I have so much respect and admiration for David Simon, Matt Weiner, David Chase, Vince Gilligan, and Damon Lindelof. They don’t construct episodes of television; they build seasons. I think — and I’m trying not to be too hyperbolic here — that from a purely writing perspective that Watchmen is one of the five greatest constructions of a season in television history. Gilligan can build a story like no one else — he and his writers’ room spend literally six months writing before the cameras are even turned on. Weiner, in Mad Men, drew what I think some of the best characters ever, and in The Wire, Simon adapted five near-perfect crime novels onto the screen, each of which were thematically rich and resonant.

What Lindelof and his writers’ room has done here, however, blew my brain off its stem. The degree of difficulty is staggering. They took a beloved graphic novel and essentially wrote a sequel to it that enriched the original text without disturbing it; that completely redefined the origins of the story, and that weaved in the historical and immediate threat of white supremacy. They not only did it with comic-book heroes, they made the masks an essential part of their identities. On top of that — and the thing that I am so incredibly impressed by — is how they wrote all these character stories and managed to tie them all together into a complicated, thematically rich superhero tapestry about white supremacy anchored by the little-known Tulsa race massacre that: explored the reasons superheroes wear masks; that contained more symbolism than a T.S. Elliot poem; that adhered the chicken-and-the-egg joke to the relativity of time; that repeatedly and successfully used our own expectations as a misdirect; and that hid everything in plain goddamn sight. Wow.

This is what happens when you put a group of phenomenal, diverse writers into a room and let them spend four, five, or six months together singularly focused on building a story, communicating with one another about theme, laying traps and setting them off, and workshopping every idea until it is perfect. Shows like this are a rarity, even in the peak TV era, because so few writers’ rooms take the time necessary to work through every detail of a season of television. When is the last time the end of a series left you completely satisfied? That came full circle in such a phenomenally perfect way?

There have been a lot of things about this series that I have been impressed by. Using the Tulsa race massacre as the backdrop; last week’s chicken-and-egg/paradox episode; the Hooded Justice reveal and why he wore a mask; the way Lindelof has hidden so much in plain sight, including HJ and Doctor Manhattan. I think with HJ and Manhattan, however, some folks had managed to work that out, and while there were a few surprises in the fantastic season/series finale, there was no bigger brain explosion than finding out that Adrian Veidt had been in Tulsa the entire time. 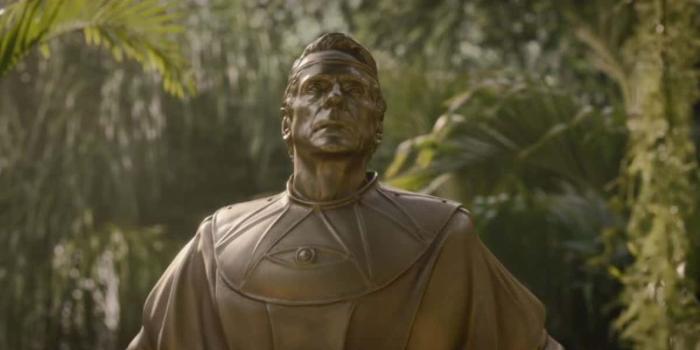 Why did Lady Trieu build a statue of the older Ozymandias? The answer is: She didn’t. That was Veidt himself and while the most obvious inspiration for this is carbonite Han Solo from Empire Strikes Back, the real inspiration for that reveal came from … Saw II.

Indeed, not only did Damon Lindelof borrow the idea from Saw II, but it’s not the first time — he also used it on season three finale of Lost.

“The basis for the Saw II twist,” Damon Lindelof tells Craig Mazin in this week’s Watchmen podcast, “is that Donnie Wahlberg is a cop, and what has happened is that his son is amongst a bunch of teenagers who have wandered into this house that Jigsaw has set up for them to basically kill them.

“And there is some sort of ticking clock, where Donnie Wahlberg’s [character] has X amount of time to rescue my son from this house before he is killed, and when he goes to confront Jigsaw — who is sort of the Hannibal Lector of the Saw universe — there are these monitors that are constantly cutting to these kids in this house who are getting picked off one by one. Essentially, at the end of the story, the big payoff is that Donnie Wahlberg’s son gets locked in a box that he will suffocate in and then you realize that that box has been sitting next to Donnie Wahlberg the entire movie and his son was quietly dying inside and that everything we saw as an intercut had actually happened days earlier, and I was just like, ‘Oh god, we’ll just do that with Adrian Veidt.’”

I have seen Saw II, and it was a clever reveal, although it gets lost in the bigger twist, which is that Donnie Wahlberg — in searching for his son offsite — walks himself straight into a Jigsaw house at the moment his son is freed. It’s not particularly elegant in its execution, either, although there is one hilariously bad line that only makes sense in retrospect when one of the cops says, “We have to think outside the box before [Donnie Wahlberg’s son] ends up in a box!”

In other words, Lindelof took an amusing twist from Saw II and made much, much better use of it. 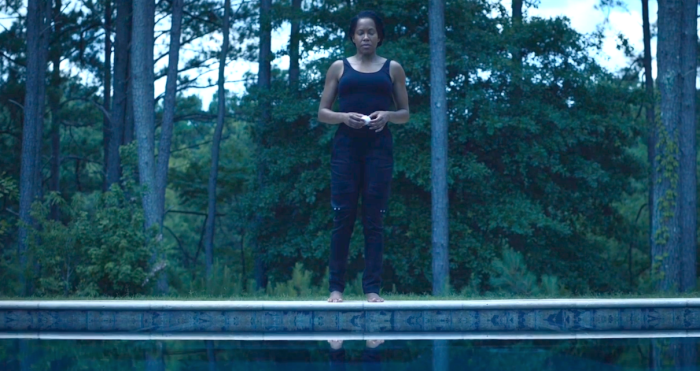 As for the lingering questions viewers may have about the end: Lindelof says that it is not ambiguous, it is exactly what you think it is — the last two episodes have been explicitly building toward it! — and that yes: Dale Petey is Lube Man. And no, at the moment, Lindelof has no plans for a season two.

I seem to recall, however, that he didn’t have an immediate plan for season two of The Leftovers, either, but that when it came to him, he had two more seasons in him and both were far better than the first season. How he could possibly improve upon this season of Watchmen is beyond me, but I would not put it past him and this writers’ room to be able to accomplish it. But I wouldn’t expect it anytime soon.

via The Official Watchmen Podcast