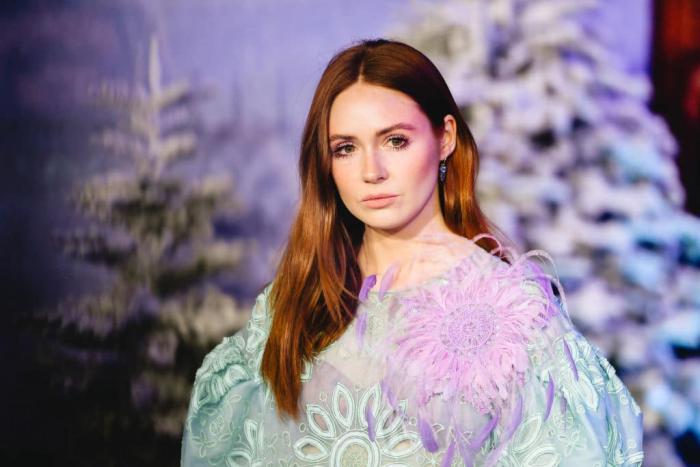 This weekend was a hell of a busy one, with Christmas around the corner and the family blockbusters going up against last-minute Oscar contenders with the obvious results. That means that both Jumanji: The Next Level and Frozen II — the latter in its fourth week of release — dominated. Jumanji was one of the unexpected smash hits of 2017 so hopes are high for the sequel, although it remains to be seen if it can hang on in the long-run this time around. Signs so far are good, with a $60.1 million domestic opening weekend and a worldwide total of $212.6 million so far. Sony will be chuffed with that.

Lionsgate will also be pleased as punch that Knives Out has remained strong in its three weeks of release. It’s a hair’s breadth away from $79 million domestically and has made $162.7 million worldwide. Pretty solid for a brand new IP in a genre we don’t see much of at the box office these days. Give me my Benoit Blanc sequels!

Warner Bros. has had an odd year. Joker gave them a billion-dollar success that surpassed all expectations but seemingly everything else from this year has struggled hard. Another casualty to add to the pile is Richard Jewell. Clint Eastwood did well with a Christmas release for The Mule but audiences were less enthused for this real-life drama and it only grossed $5 million this opening weekend. Did the controversy around its treatment of a real woman journalist hurt it or was there no organic audience for this story? The Mule had Eastwood front and center and benefitted from that star power but Richard Jewell seriously lacked that. It could rebound in the coming weeks if Warner Bros. wants to hold it in theaters but it may struggle to stay in venues once those darn Jedi and cats turn up. Universal had a slow week too as the remake of Black Christmas debuted at number five with only $4.42 million, seemingly crowded out by bigger and more acclaimed competition.

The indie breakout of the week was Adam Sandler and the Safdie Brothers’ Uncut Gems. From only five cinemas it took in a staggering $525,498, giving it a per-theater average of over $105k! That’s a record opening weekend for A24 and the film stands as their best awards season hope right now. Sandler’s been nominated for a few critics awards but has missed out with the Golden Globes and SAG Awards. Are we ready for Academy Award nominee Adam Sandler?

Lionsgate’s big Oscar player this season is Bombshell, the drama based on the sexual harassment epidemic of Fox News. Reviews have been much more mixed than those of Uncut Gems but it has its supporters, especially for the performances of Margot Robbie and Charlize Theron. It took in $312k from four theaters, which is very impressive and only looks kind of paltry this weekend because of Sandler’s gems. Fox Searchlight’s limited opening weekend for Terence Malick’s A Hidden Life took in $52k from five theaters: Not bad for a three-hour movie by one of arthouse cinema’s true grandfathers. Let’s see if Disney cares enough to give it a release worthy of such a legend or if they’ll let this one sink.

This coming week sees the release of Star Wars: The Rise of Skywalker and Cats. Are you prepared?