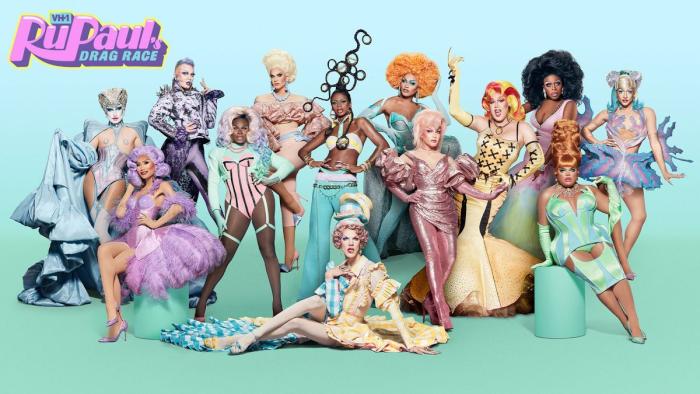 As if shooting during a pandemic wasn’t enough drama, RuPaul’s Drag Race Season 13 has revealed it’s shaking up its formula to bring audiences way more “lipsyncs for your life” right out the gate.

VH1 has dropped a new trailer, which ruveals a twist! To stay in the competition, all these queens will have to lipsync for their lives shorting after making their first Werk Room entrance!

Check out the trailer:

Now, what does this mean? Well, for one thing, there’s no way to hide. In seasons past, early challenges often offered a sanctuary for safe choices. Just don’t be the worst, and you’ll survive for a bit. However, with six lip-syncs, the judges will see how these queens can handle one of the most revered talents of this show in head-to-head competitions. Except…how will that work when there are 13 girls in the mix?

Denali, Elliott with 2 Ts, Gottmik, Joey Jay, Kahmora Hall, Kandy Muse, Lala Bi, Olivia Lux, Rosé, Symone, Tamisha Iman, Tina Burner, and Utica Queen are all racing for the crown in Season 13. So, will one queen get to mini-challenge win her way out of this lip-sync bonanza? Will one of the six proposed songs feature three contenders? And what are the stakes here? Ru’s calling it a lipsync for your life, but it seems VERY unlikely the producers plan to send home six (or seven) queens on day one, as that’d slay a slew of episodes—in the bad way!

Here’s my pet theory: This is the Rusical episode with a juicier intro. Queens will face off, and the loser in each round will be in the bottom, primed for elimination. This not only gives fans scads of the show-stopping performances we tune in for, but also assures that no queen can get to the end of the season without showing us the goods.

In the meantime, learn more about the queens at New Now Next, or check out VH1’s official “Meet The Queens” video:

← Pajiba 10 For Your Consideration: Sexy, Silly, Scowling Vamp Natasia Demetriou | We Hereby Insist That All Rap Lyrics Be Recited By Conan O'Brien →