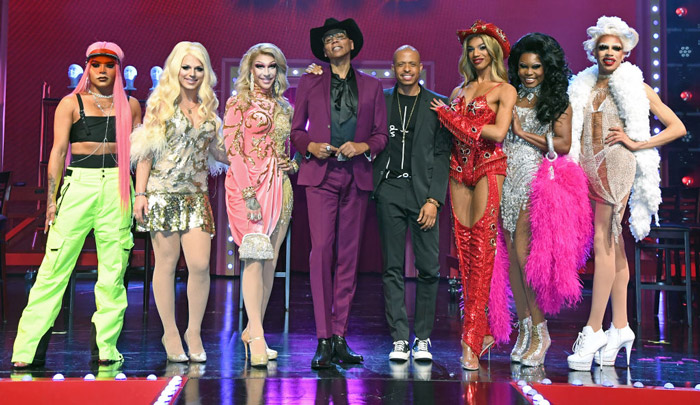 The Pandemic Can't Stop The Queens of 'RuPaul’s Drag Race'

Good news for fans of RuPaul’s Drag Race: Season 13 is coming, COVID be d*mned. That’s right, a new batch of queens have convened to slay and sparkle—but with safety precautions!

Variety reports production on Season 13 wrapped last week, while other spinoffs are still shooting. All of these are reportedly following local, state, and federal COVID-19 health and safety requirements.

What does that mean?

The Variety article notes RuPaul’s Drag Race had advantages in tackling pandemic obstacles. For instance, it’s already baked into the show that contestants are sequestered. Plus, the queens do their own hair and make-up, which helps cut down on potential contamination between cast and crew. One big change that has been made is to the main stage set. It’s been expanded to allow for social distancing, while the judges’ table has added glass panels between seats.

Unknown is what queens and what extra special guest judges will appear in this daring new season. VH1 will likely announce some of these enticing details when they reveal Season 13’s premiere date.

Season 13 contenders aren’t the only queens figuring out new ways to rock their audiences. Some of Drag Race’s alums, including Acid Betty, Monét X Change, Miss Vanjie, and Violet Chachki have been performing in the Drive ‘N Drag series, which allows fans to watch unique drag shows from the safety of their cars. (Taking a cue from those badass dystopian dancers!)

What extra special guest judge would you like to see on Season 13 of RuPaul’s Drag Race? Sound off in comments.

← Trump Shutting Down a 159-Year-Old Military Newspaper After Calling Troops 'Losers' and 'Suckers' Is Not a Good Look | Robert De Niro, Morgan Freeman and Tommy Lee Jones Star In 'The Comeback Trail' Trailer →