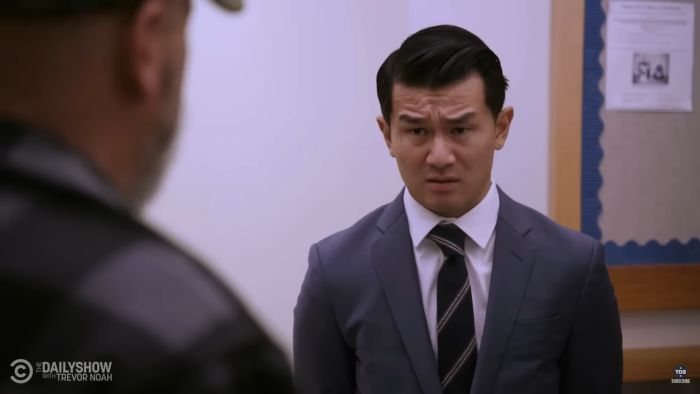 Breaking up is hard, but it could be harder. Imagine, if you will, that you are living with someone you are married to. The other person wants a divorce, but they don’t want to move. They want to stay in the same house, which you do not want to leave, and bring in another person who will be their new partner. Sound confusing? It is! But it’s relatively close to what some Oregonians want with their future!

The Daily Show’s Ronny Chieng ventured out to Oregon to talk to Mike McCarter. Mike is tired of his state being run by all those hippie-dippie race rioters over in Portland. But Mike doesn’t want to move. He simply wants the part of the state he lives in to become part of Idaho. That way, he doesn’t have to move but can still be part of a conservative state that overwhelmingly shares his “values.” The craziest part? Other people in the state agree with him!

Watching Ronny Chieng navigate talking to these people is a treat. He seems annoyed and frustrated by the whole ordeal. He wears it on his face as openly as one wears a suit. There is no mistaking how Ronny feels about the whole situation, even when talking to the people who are against it. It’s all stupid and likely never going to happen and Chieng treats it as such. There is no placating or patronizing, just good, old-fashioned annoyance.

The Daily Show has featured some entitled people in the past, but this segment is dripping in entitlement. This is ironic because what these people feel entitled to is… Idaho.

← 'Oppenheimer' Teaser: Christopher Nolan Does Not Lack in Self Confidence | Olivia Rodrigo and Joshua Bassett Photographed Together Without Murder in Their Eyes →