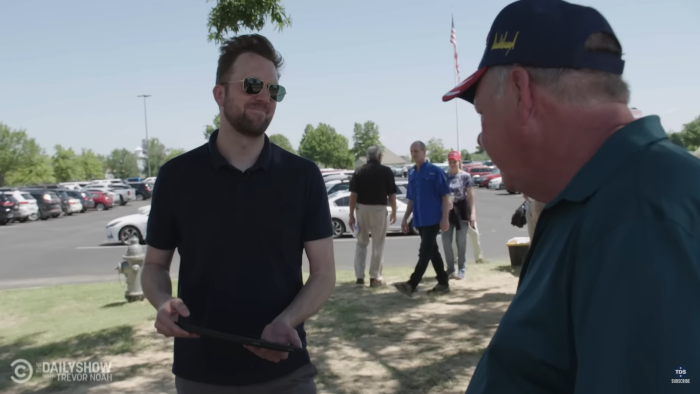 Jordan Klepper Has His Most Fascinating Bout With Trump Supporters Yet

When people are indoctrinated into a cult, the hope is to deprogram them. You want them to understand that they were fed lies and to understand that someone has been taking advantage of them. But what happens when someone is so deep that they can’t listen to reason? Can people who have been lied to so exclusively ever believe the truth? In the case of Mississippi Trump supporters, the answer is a big fat no.

We’ve seen plenty of Trump supporters twist themselves into knots to defend Trump before. That’s not necessarily new. It’s the look on their faces when confronted with the truth that feels new. They seem trapped. A fight or flight instinct kicks in and instead of doing either, these people s*** their pants. Like this guy: 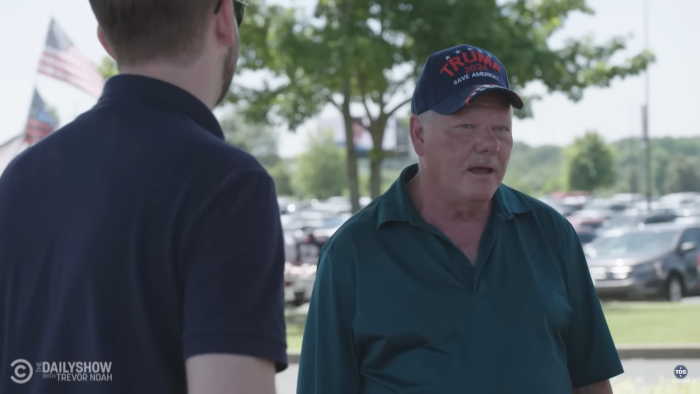 It’s easy to understand from the outside. These people are seeing their world crumble around them. It’s a world that is carefully crafted by Trump and his followers. Two women whom Klepper talk to did not know there was an attempted Insurrection at the Capitol on January 6th, 2021. Let that sink in.

Some people don’t want to be deprogrammed. They live their lives, happily being fed lies. They’d sooner believe Ivanka Trump was cloned. There’s no helping them. That’s all I got. Watch the video and see for yourself. S*** is bleak.