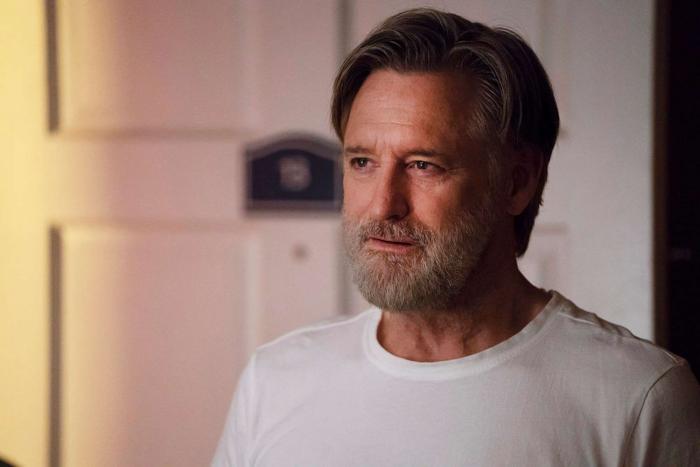 I love a good mystery, but there’s a dearth of great ones on television, which is odd considering how ubiquitous they are in the publishing industry. Truly, the works of Ruth Ware and Alex Michaelides, Lucy Morgan, Alice Feeney, and Tana French should be as omnipresent on our screens as superheroes. Alas, for every Mare of Easttown, there’s five Undoings, and if you’re like me, you will resort to the latest staid Harlan Coben mystery on Netflix just to get that fix.

The Sinner, which airs on USA Network (before Netflix reairs it months later) falls into that Harlan Coben category of mystery, which is to say: Good enough to get the job done. The series, based on Petra Hammesfahr’s 1999 novel (which formed the basis of the first season) follows Bill Pullman’s Harry Ambrose as he investigates a new homicide each season. What’s semi-novel about The Sinner is that the identity of the murderer is rarely in doubt; Ambrose is interested in uncovering motive. Why did Jessica Biel’s character mysteriously murder a stranger on a beach in broad daylight in front of scores of witnesses? Or why did a 13-year-old kid in the second season murder his parents? Or why did a Matt Bomer character in the third season intentionally kill his old college friend in a car accident?

The fourth season is slightly different, only in that it appears that the homicide is actually the suicide of Percy Muldoon (Alice Kremelberg), a young woman who works for her family’s fishing company in the Downeast part of Maine. While out on a walk late one night, Harry Ambrose — now retired — witnesses Percy fleeing an unknown person into the woods, where she eventually dives to her death off a cliff and into the ocean. Harry is not entirely sure he can trust his own eyes (he’d recently quit taking his meds), so he can’t say for certain that Percy actually jumped. She is missing, however, and Ambrose becomes embroiled in the small-town investigation because the local cops are in over their heads. He wants to know if she actually killed herself, and if so, why? Percy, meanwhile, serves as Ambrose’s dark passenger, so to speak — a voice in his head that advises him during the investigation.

The motive may be unclear, but it seems likely that her family is somehow involved. The Muldoons — an old Maine family who are in a feud with another local fishing company — seem like the controlling types who might want to keep certain secrets involving Percy hidden. They recruit Ambrose onto the case but try to use him to cast suspicion on others while outwardly maintaining hope that Percy is still alive.

It’s a compelling case, as they usually are on The Sinner, although the resolutions more often than not are anti-climactic and tend to involve big conspiracies and/or the occult. The bigger the cases get and the more people they involve, alas, the less interesting they become. The series often belabors Detective Ambrose’s psychological issues, and while Pullman is very good in the role, the heavy sighs, the deep exasperation, the anguished expressions, and the pregnant pauses can get annoying. The eight-episode seasons would probably be better as six episodes and about two fewer hours of Ambrose’s introspection (not to mention his issues with sex, which largely seem gratuitously violent and otherwise unnecessary to the storyline).

Still, the series satisfies an itch, and I find myself weirdly looking forward each week to spending an hour trying to unravel these slow-burn mysteries along with Harry. It helps this season that the supporting cast — and especially Alice Kremelberg — is very good, and even when the finales are anti-climactic, at least they aren’t predictable.


← Trailer: Has Anyone in 'House of Gucci' Ever Actually Met an Italian Person? | News of an Upcoming Adaptation of 'Beautiful Disaster' Has People Remembering How Racist the Author Jamie McGuire Is →