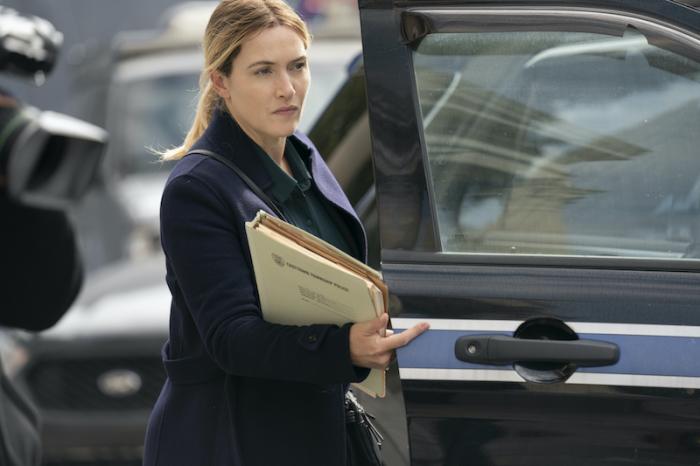 Some Final Thoughts on 'Mare of Easttown'

Well, the Internet (and the commenters here) correctly predicted the culprit in Erin’s murder. Or at least it was one of several predictions —- John Ross being the most popular prediction followed by Lori Ross and then Ryan Ross. Making a 13-year-old the murderer almost feels cheap, but it worked surprisingly well here, in part because he believably didn’t mean to kill her. Besides, John Ross is still the bad guy. John Ross couldn’t keep his dick in his pants when his cousin once removed was around and ruined the lives of everyone in his family. If that isn’t an indictment of weak middle-aged white men, I don’t know what is.

The limited series wrapped up neatly. It was a nice touch to circle back to Glen Carroll — the person we met in the series’ first scene — only to find out that it was his gun that Ryan Ross stole and used to kill Erin. It also allowed Mare and Carroll to have a brief conversation about grief, about how that pain never goes away, but how we just learn to live with it. Amen to that.

Once Sandra denied the affair, meanwhile, the Ryan Ross piece fell firmly into place. It then became not a matter of whether Ryan did it, but if Mare would arrest him for the sins of his father, sins his father was already paying for. She made the right choice. There are too many secrets in that small town, and those secrets carry with them heavy burdens. Ryan’s 13. It was an accident. He probably won’t serve time beyond his 18th birthday, and he and Lori will not have to live the rest of their lives weighed down by the burden of that secret. “I just want to get it over with,” Ryan told Mare. Carrying that secret his entire life would have killed him, I have no doubt.

I also appreciate what Deacon Mark said to his congregation, about how our only job is to love and to let God handle the consequences. It prompted Mare to visit Lori, who had isolated herself from the rest of the community, and for those two best friends to make amends. I so clearly remember Julianne Nicholson from her season of Ally McBeal 20 years ago, and it’s nice knowing now that the only thing more certain than her Emmy for Best Supporting Actress is Kate Winslet’s for Best Actress.

Frank was a good guy all along, and so was Richard Ryan (not all middle-aged white men are evil!). Siobhan, too, was troubled and misunderstood, but harmless. What she needed most was the support and attention of her mother. I’ll admit, too, that the only time I got misty in the finale was when Frank and Mare were saying goodbye to Siobhan as she drove off to college. Oh, and when Jean Smart told Mare that she needed to forgive herself for Kevin’s death. Gut. Punch.

It’s for those reasons — the emotional closure — that it was easy to forgive the series for choosing the third most predicted ending. I suppose it would have been too much to ask — or too much of a stretch — for Mare to offer a little more support to Carrie (Sosie Bacon, Kevin Bacon and Kyra Sedgwick’s daughter) as she headed off to rehab. Meanwhile, Dylan’s ending — giving Lori the money Erin had saved for the surgery — may have been a little too pat, and we never really understood why Dylan felt the need to terrorize Jess over secrets in Erin’s journal. That is forgivable, too.

In the end, I suppose, Mare of Easttown and that miserable small town left us with a satisfying ending and some tried and true lessons: Love your neighbor, confront your grief, and the truth shall set you free. For HBO, it also gave the network another buzzy prestige drama to go along with The Undoing. After the success of this and The Flight Attendant on HBO Max, we may be seeing even more novelistic murder mysteries in our future. If they’re as well done as this one, I can get on board with that.