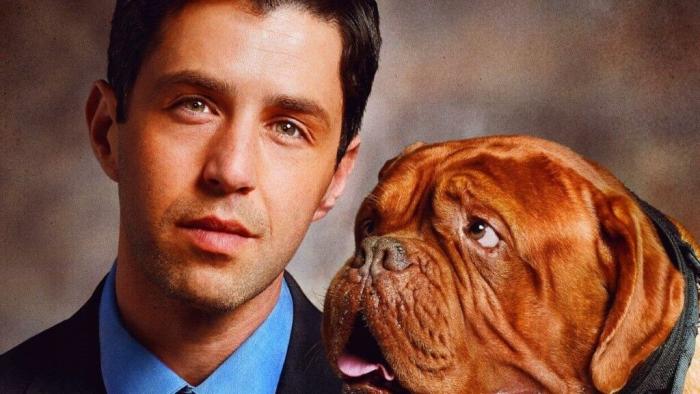 Review: Disney+'s 'Turner and Hooch' Is Exactly What You'd Expect from Matt Nix and McG

It’s odd that we would mention McG earlier today in the context of Lucy Liu’s “feud” with Bill Murray on the set of Charlie’s Angels because the shine of director McG — the Sam Worthington … zzzzzzz … of directors — has faded considerably since Terminator Salvation and the nail in the coffin of his blockbuster aspirations, This Means War (how do you mess up an action comedy with Tom Hardy, Chris Pine, and Reese Witherspoon?). He’s a middle-aged white guy named McG, however, so trust that he’s doing fine, mostly working in television as a producer and director of pilots, because that’s where the money is. A friend in the industry once told me that the director of a TV pilot will get residuals forever if the show is successful, and McG has apparently exploited the hell out of that loophole, directing the pilots of The Mysteries of Laura, Chuck, Lethal Weapon, and now Disney+’s Turner and Hooch reboot (he is also directing the pilots to two more upcoming series, one of which is based on the Arnie film True Lies).

It’s fitting that McG would direct the Turner and Hooch pilot because it’s about as inoffensive and bland as most of the director’s output, which also includes The Babysitter, We Are Marshall and Smash Mouth music videos. I have nothing against Turner and Hooch, but considering how much better Big Shot, The Mighty Ducks, The Mysterious Benedict Society, and High School Musical: The Musical: The Series have been than expected, calling the series fine is not exactly high praise. That, alas, is about all I can muster for the show, although it’s worth noting that the Tom Hanks film upon which it is based was not particularly memorable, either, save for the amount of saliva the pooch could produce.

The saliva is back, and so is the same breed of dog (a French Mastiff), although it is obviously a different Hooch. This dog has been passed from Scott Turner (Tom Hanks, who does not make an appearance in the series) to his son, also Scott Turner (Josh Peck). The senior Scott Turner died and left his dog to Junior, who only begrudgingly accepts it after the beast destroys his apartment and gets him kicked off a case. Naturally, Scott develops an affection for the doggo after it helps him to solve the very missing person case he was kicked off of. The series also stars Reginald VelJohnson, reprising his role from the original film; Lyndsy Fonseca as Scott’s sister, Vanessa Lengies as a dog trainer who has a crush on Scott; and Carra Patterson, who plays Scott’s freewheeling (and pregnant) partner (she is, so far, the best thing about the show).

The series comes from Matt Nix, the man behind Burn Notice, which should also tell you exactly what to expect: A sort of generic action-comedy with bland special FX sequences that don’t move the story so much as they fill space. Peck — with whom I have some residual affection because of The Wackness — is more than serviceable in the lead role, at least in that he has the same boyish charm as Hanks and manages to be as effortlessly likable.

Alas, however, while the other major Disney+ series are geared toward kids but still appeal to adults, Turner and Hooch panders more to the younger viewers (there’s a lot of dog spit and pratfalls) at the expense of everything else. The result is a glossy shrug of a show toward which my daughters and I were mostly indifferent.

← Who's Running Britney Spears's Instagram Account and Why Does That Have Us So Concerned? | 5 Shows After Dark: 'Tattoo Redo' Premier Netflix, 'Olympic Summer Games' on NBC →